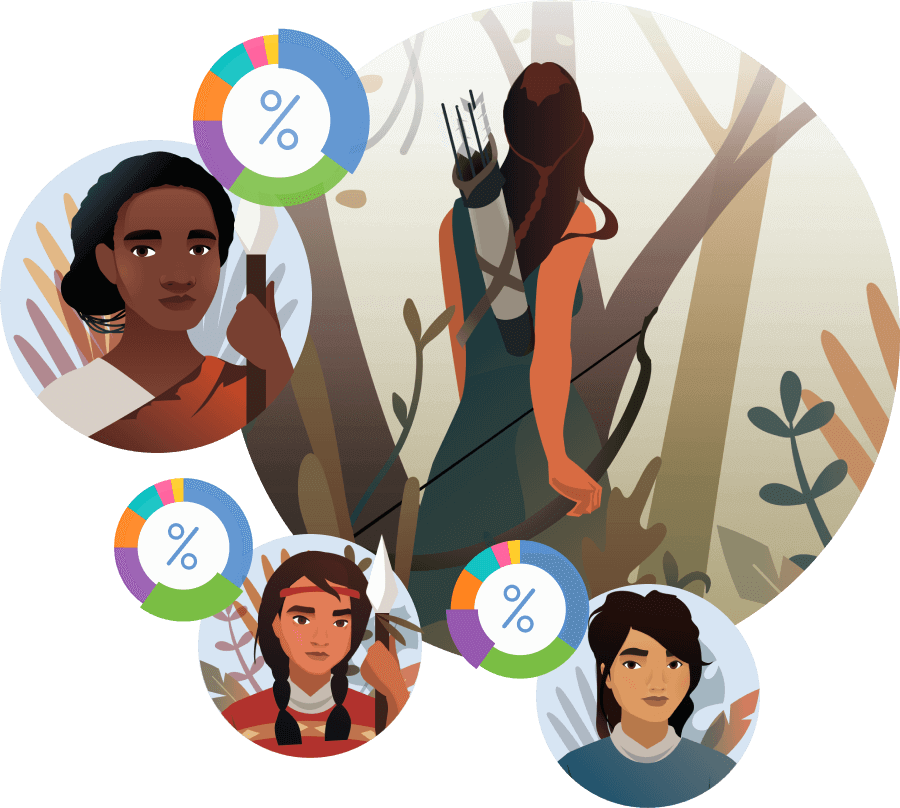 Who is your
ancient ancestor? 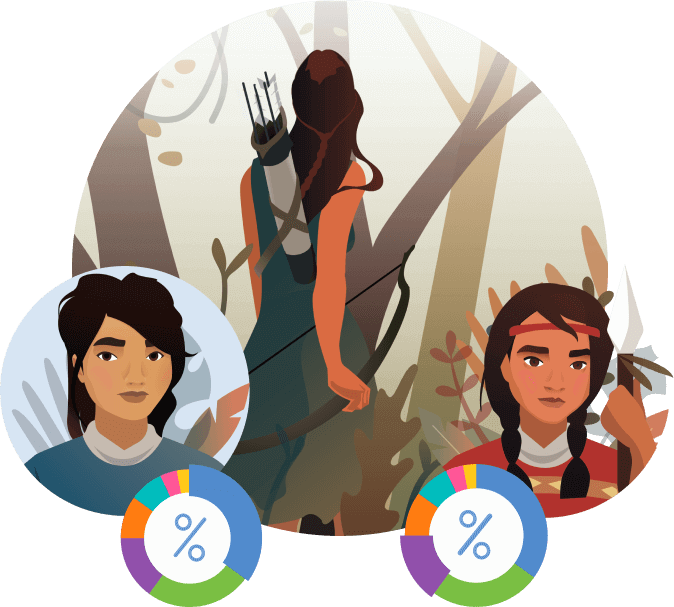 The report is available for Genomelink users

Your DNA will Tell you the Secret of your Ancient Ancestry! 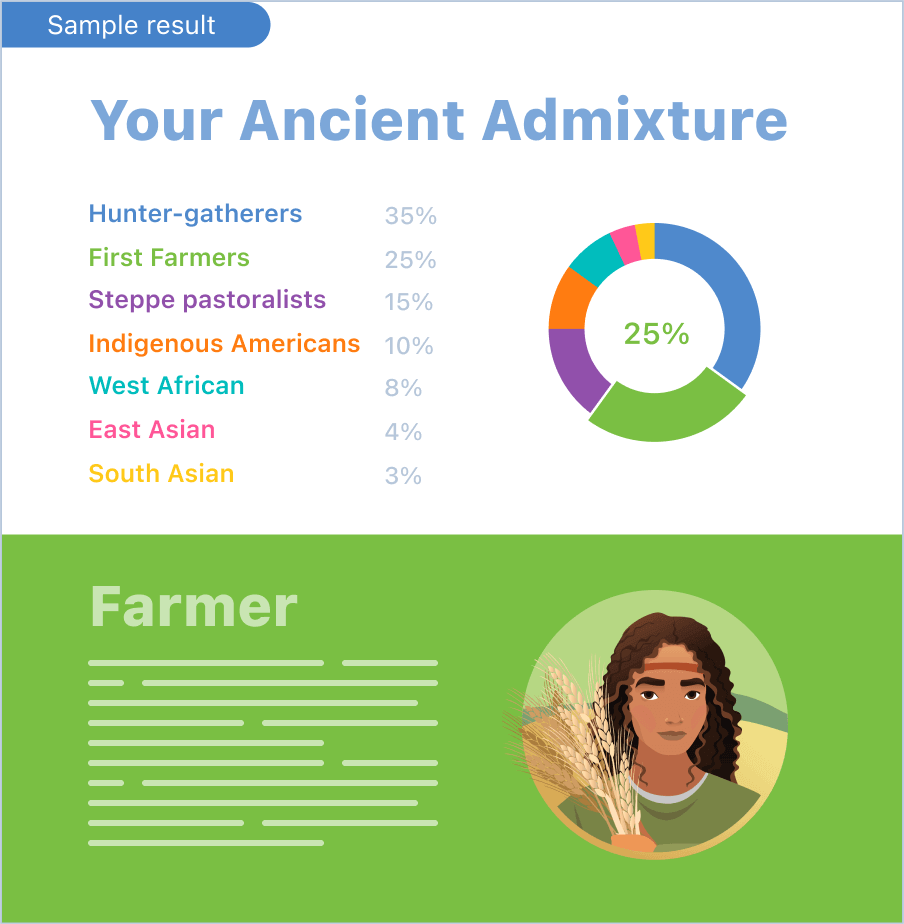 Your DNA will Tell you the Secret
of your Ancient Ancestry!

Insight into your ancient ancestors is just a click away! Our algorithm is based on thousands of ancient and modern human DNA samples. It was developed by a team led by Stanford University Professor and MacArthur Fellow, Carlos D. Bustamante.

It returns fractions of your ancestry attributable to: 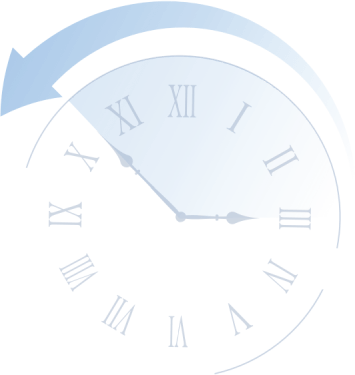 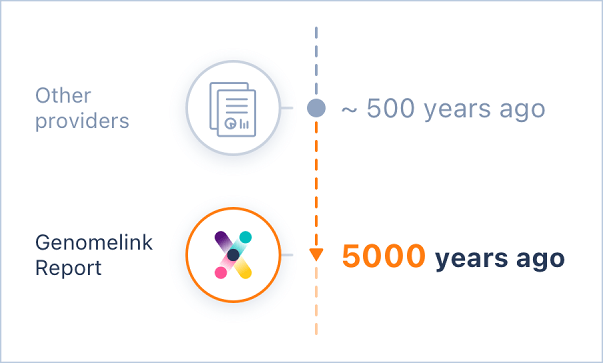 The uniqueness of Genomelink Ancient Ancestry Report is that it explicitly aims to put your genetics in a historical context.

Rather than focusing on relatedness to modern populations and nations, Genomelink uses ancient DNA and our understanding of population genetic history to insert your story into the broader stream of human history.

Your ancestors had unique stories! 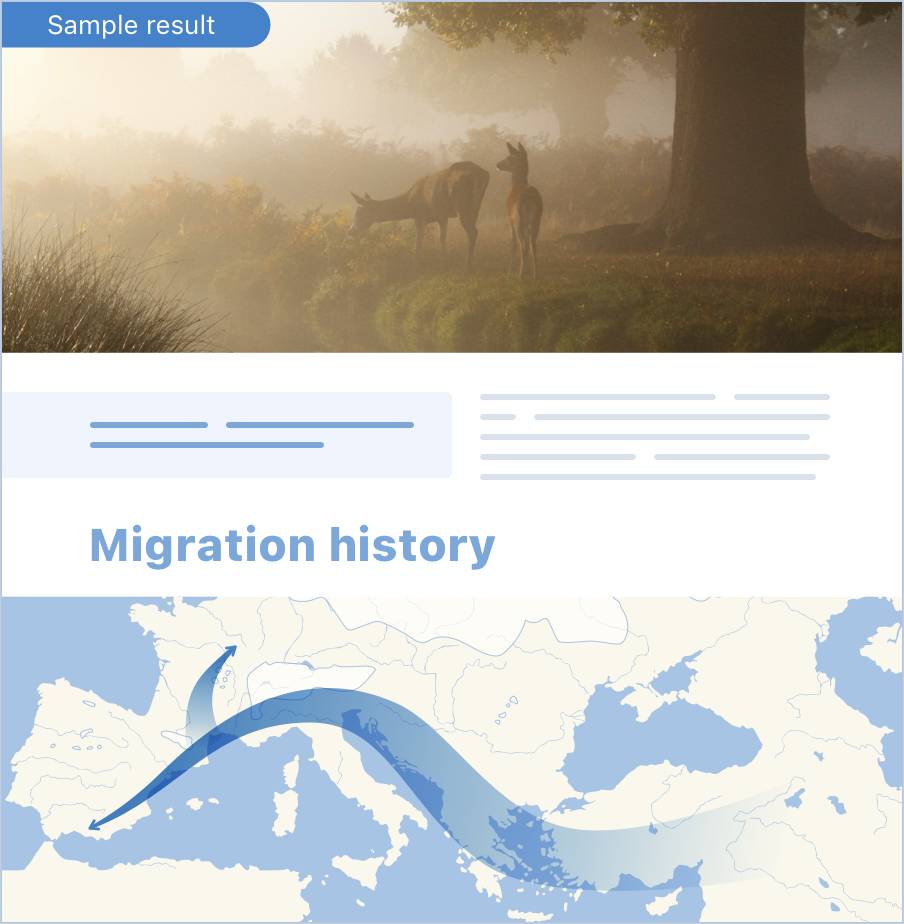 Your ancient ancestors had unique stories!

We return more than just percentages in a table. Genomelink’s product provides rich textual content which describes how the ancestor's life was, as well as evocative illustrations. Ancestry will be more than a number. Our aim is to allow customers to “feel” the threads of their genealogy come to life!

Carlos Bustamante, a MacArthur Fellow and professor at Stanford University and his team developed the algorithm. The algorithm is based on thousands of ancient and modern human DNA samples, and utilizes “best of breed” methodology, testing historical models against the patterns present within your DNA.

Wondering the scientific background of the product? Take a look here!

The uniqueness of Genomelink Ancient Ancestry Report is that it explicitly aims to put your genetics in a historical context. Rather than focusing on relatedness to modern populations and nations, Genomelink uses ancient DNA and our understanding of population genetic history to insert your story into the broader stream of human history.

Your genetic admixture offers rich insights into your ancient ancestors. Using thousands of samples of ancient and modern humans, we reveal your admixture - how much you have of Hunter-Gatherers, Farmers, Nomad...

Based on this algorithm, we provide your proportions of your ancient ancestry.

You can get more details here

The results are beyond interesting as they offer deeper details about who I am. You will be surprised how much you can find out just from your DNS.

Great insight into my ancient ancestry, on ways that other DNA sites don't. I highly recommend it.

Uncover Your Genetic Origins with a Comprehensive Ancestry Report

What if you could know more?

Knowing your ancestral origins is a big part of determining who you are. Stories told from generations past offer some insights into where you are from and the stories that make your family truly unique. What if you could know more? The secrets can be found in your DNA. With a DNA ancestry test, you can have a thorough understanding of where you came from and how that impacts your personality. Genomelink offers comprehensive analytics of your ancestry genealogy based on your unique DNA sequence. Using your raw DNA data from your AncestryDNA, MyHeritage, Somos Ancestria, or 23andMe test, you can unlock even more knowledge of your ancestral origins in a way that is backed by evidence based scientific research. Our unique algorithm offers more depth than traditional reporting, providing ancestral results at the chromosome level at significant resolution. Learn the stories of your ancestors and see what your DNA says about you today.

How Does Ancestry DNA Testing Work?

Whether you had genetic testing from AncestryDNA, 23andMe, Somos Ancestria, or MyHeritage, we can provide a full analysis of your genetic profile.

DNA is composed of sequences of four units, or bases, A, T, G and C, arranged into features called genes. These genes carry the blueprints for each cell to function. Genes are arranged along chromosomes, half of which come from your mother with the other half coming from your father. Over millions of generations, these genes have been passed down from parents to offspring; including the changes that they carry which distinguish one individual from the next. Through DNA testing, scientists can reconstruct the ancestral secrets hidden within by comparing the segments of each of your chromosomes to a huge database to identify these changes.

Because DNA is passed down through families, different areas of the world and the ethnic groups that live there carry similar changes. Scientists compare the degree of change of your DNA to all of these groups in order to identify your genetic origins. At Genomelink, we offer a comprehensive set of reports that not only unlock your ancestral roots, but also provide a wealth of information about the way these changes affect your physical and mental characteristics. Our databases provide access to your ancestry information going back over 5,000 years, rather than the 500 years that traditional DNA testing provides.

What is Included in My Ancestry Test Report?

Once you’ve submitted your raw DNA file from a DNA testing service like AncestryDNA, 23andMe, Somos Ancestria, or MyHeritage, our expert team will create a unique, highly detailed report.

Genomelink’s powerful dashboard utilizes an intuitive patented algorithm, XGMix, to unlock your global ancestry. Here, you can see how your chromosomes connect you to your ancestry in an easy to navigate interface. You can view your most frequent and unique ethnicities at high resolution to identify your ancestral roots. Your report presents a breakdown of the various ethnicities analyzed with robust results with accuracy that outperforms other providers so that you can learn about the different groups that make you who you are today.
‍
Take your DNA further with our ancient ancestry report. Genomelink has curated ancient fossil DNA records in order to provide insights that span beyond 5,000 years in the past. Learn about your ancient admixture that includes comparisons of your DNA to first farmers, hunter-gatherers, Steppe pastoralists, Indigenous Americans, East and West Africans and South Asian peoples. Understand the migration patterns that tell the story of you as you watch your genealogy come to life. See how related you are to the British, Scandinavian and Finnish Vikings to get a complete picture of your genetic make-up.

One of the biggest benefits of performing an ancestry DNA test is to discover your lost relatives. Given that DNA is passed down through families, any shared chromosomal segments that you have with another individual may hint at a familial relationship. Perhaps you are an adoptee looking for your birth family? Or maybe you want to connect with distant family members that you have never met? Your DNA holds all of the answers!
‍
Searching for relatives is made easy with Genomelink. By uploading your DNA file from AncestryDNA, 23andMe, Somos Ancestria, MyHeritage, or other testing service, you can initiate a deep dive into your family history.

We provide access through our connected apps that allow you to perform comprehensive comparisons to the DNA of others to find potential matches that you can then review. Easily connect with family and explore the relationships that contribute to your identity.

Your DNA tells a story and it all starts with you. Once you perform a DNA test and upload your raw data to Genomelink, we will compile a comprehensive report of your ancestry information as well as your potential matches in order for you to begin building your ancestry family tree. Explore the details of your family’s migration across the world, and uncover stories that help you understand where you came from. See how different experiences of your past ancestors have shaped the person you have become.
‍
With Genomelink, you can uncover much more about your DNA than ever before. Combined with our ancient ancestry and Viking index analyses, you will have the most complete picture of your origins. Just upload your raw DNA file from AncestryDNA, 23andMe, Somos Ancestria, or MyHeritage – it’s that easy!

There is no limit to where your ancestry tree can take you, so start your research today!

Will health insurance cover the costs of genetic testing?

Health insurance may cover the costs of genetic testing when it is ordered by a medical professional. Check with your insurance carrier to learn more.

It All Starts with an Ancestry DNA Test. Upload Your Data Today!

What can your DNA uncover about who you are? With Genomelink, the answers are right at your fingertips. Our chromosome level ancestry analysis provides the highest resolution yet when it comes to unlocking the secrets of your past. Our reports provide comprehensive information about your ethnicity, as well as your ancestral admixture when it comes to the ancient DNA that you carry. Built with a focus on research backed scientific evidence, our technology can introduce you to your ancient ancestors easily.
‍
It is easy to get started with Genomelink. Once you have performed your AncestryDNA, 23andMe, Somos Ancestria, or MyHeritage DNA test, you can unlock the secrets of your ancestry by uploading your raw DNA data using our interface. Then, your ancestry report is generated to provide you with everything you have ever wanted to know about your ancient ancestors, as well as information on the traits that make you unique. Get started by uploading your DNA today!