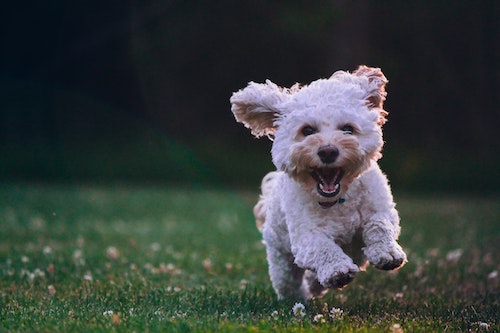 Could your DNA reveal your Dog Allergy? Upload raw DNA data to learn more about yourself and genomics science.
By
Genomelink team
‍

You know that feeling when you make eye-contact with the cutest and goodest girl or boy on the block and you just need to show them some love. They’re probably slobbering and dirty, but those puppy dog eyes are irresistible. You give them the briefest pat on the head and bam! Itchy hives, watery eyes, and a dry scratchy throat.

Dogs are some of the most popular pets in the world, but unfortunately, many people with allergies to dog dander miss out on the opportunity of enjoying a furry friend’s companionship. There are other options, of course, such as hypoallergenic breeds and receiving treatments to minimize adverse reactions, but understanding your genetic risk factors for this type of allergy can help you find a more personalized prevention and treatment plan so you can give that good pup a nice pat on the head without hesitation.

Anyone with a dog allergy might wonder about the following questions:

Is Being Allergic To Dogs Hereditary?

The answer isn’t straightforward, but plenty of research has been conducted on the topic as evidenced in the study described below.

When a person is allergic to dogs, it is not the actual animal they are allergic to, but the dander that is produced by the dog’s skin. Oftentimes, these allergic reactions produce excessive sneezing and a runny nose, which are commonly seen symptoms of allergic rhinitis (AR), a disturbing condition that can adversely affect your everyday life. It is estimated that roughly 30% of people have an active allergy at any given time and at least 75% of people develop an allergic reaction once in their lifetime. The prevalence of AR in the industrialized world is increasing, particularly in urban areas.

AR is the result of an allergic inflammation of the nasal airways which occurs when an allergen is inhaled by an individual with a sensitized immune system. This allergen interacts with inflammatory cells, which infiltrate the nasal lining where inflammatory cells promote immunoglobulin E (IgE) production by plasma cells. This immunoglobulin production, in turn, triggers mast cells to release mediator molecules such as histamine, leukotrienes and cytokines. It is actually the release of these mediators that cause the onset of AR symptoms. Pollen, pets, molds and mites are the most common allergens that cause AR.

The inherited component of AR is supported by three recent genome wide association studies (GWAS) on Europeans and North Americans, which identified altogether 47 related single nucleotide polymorphisms (SNPs). Additionally, these results have been replicated by two studies on Swedish and Chinese populations with AR or allergic sensitization (AS) and controls. For deeper understanding of the genetic risk factors for allergen-specific AR, researchers performed a third replication study in Lithuanians.

In this study, skin prick tests were performed using common inhalant allergens such as molds, cat and dog dander, mites, as well as pollen. Among 432 participants, the number of participants sensitive to each allergen was as follows; 24 to four types of pollen,18 to two molds, 62 to both cats and dogs and one to all types of allergens. This distribution suggests that the etiology of AR is multifactorial and could be allergen-specific. According to genotyping data of all participants, researchers found 3 SNPs in patients sensitive to multiple allergens, and 10 SNPs in patients sensitive to a certain allergen. For the first time, a specific SNP, rs7775228 located on the human leukocyte antigen gene (HLA-DQB1), was found to be associated with dog dander-specific AS. The participants with at least one copy of the C allele were more likely to exhibit dog allergies. HLA-DQB1 is protein coding gene and plays a critical role in the immune system.

Although this is a relatively small cohort study, 13 SNPs were successfully replicated with careful assessment. Again, this is the first study which identified a SNP related to dog allergies. Further research focusing on allergen-specific AR/AS are needed to deepen our understanding of the genetic risk factors and more personalized treatment for AR/AS. Read more about the study here: https://www.ncbi.nlm.nih.gov/pubmed/26214689

Everyone loves petting friendly dogs without the risk of experiencingan allergic reaction. Getting DNA analysis done by uploading DNA testresults after getting a quality DNA testing kit can provide someanswers about your genetic tendencies. Genetic DNA testing analysison Genomelink can help you understand how your body works and why youmight experience some adverse reactions when you’re around dogs.

Are you interested in learning more about your genetic tendency for being allergic to dogs? You can login to your Genomelink dashboard to see this new genetic trait.

Photo by Joe Caione on Unsplash