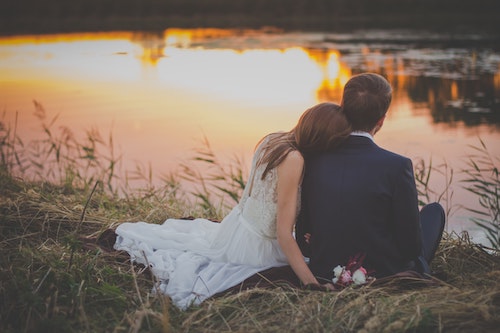 Could your DNA reveal your Romantic Relationship

Are you curious to know what your genes may say about your likelihood of finding love? Login to your Genomelink dashboard now to learn more!
By
Genomelink team
‍

For many people, finding a loving life partner is one of the most fulfilling and rewarding aspects of life, but how important is chemistry in finding your soulmate? More importantly, is "chemistry" even a real thing? And what role, if any, do your genes play in building a relationship? New research suggests there may be some important genes that play a role in the formation of social and romantic relationships.

Researchers conducted a genome-wide association study (GWAS) in which they looked at single nucleotide polymorphisms (SNPs) associated with the production of certain chemicals important for social bonding. The chemicals evaluated, better known as neuropeptides, including endorphins, serotonin, oxytocin, vasopressin, dopamine, and testosterone. By comparing what genetic variants study participants carried for the targeted SNPs, along with various questionnaires administered to better understand the quality of social and romantic bonding, they were able to make some provocative conclusions. Here is what they learned about the association between neuropeptides and finding true love.

There is evidence to suggest that the lack of good, quality social bonds can lead to increased disease risk and complications, even more so than the use of drugs or alcohol. Though this sort of research can never say for sure what influence your genetic profile has on traits like social bonding, the results of this study are compelling nonetheless. Read the whole article to learn more: https://www.ncbi.nlm.nih.gov/pubmed/28461468

Are you curious to know what you genes may say about your likelihood of finding love? Login to your Genomelink dashboard now to learn more!

Photo by freestocks on Unsplash