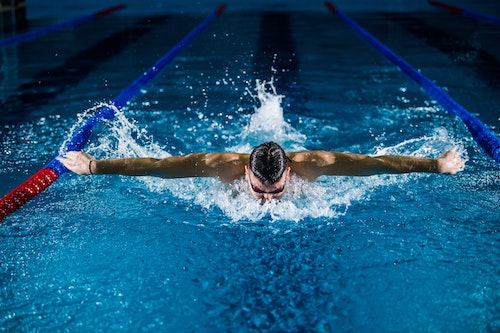 What Does DNA Say About Your Athletic Ability?

Could your DNA reveal your Athletic Ability? Upload raw DNA data to learn more about yourself and genomics science.
By
Genomelink team
‍

Most people who participate in competitive or recreational sports know what ‘type’ of athletic activity they excel in (i.e. whether they are better at strength-based activities or endurance activities). So if you are a competent marathon runner, you usually aren’t also a weightlifter (or vice versa). This is because these two buckets of physical activity activate different types of muscle fibers. Very few have both endurance and power.

Previous studies have found that multiple genes may be influencing which type of athlete you are or could potentially be. Among them, the peroxisome proliferator-activated receptor gamma co-activator-1-alpha (PPARGC1A) gene may be key. (Yes, that was a mouthful.) The PPARGC1A gene codes for the PPARGC1A protein, which is involved in the regulation of cellular energy metabolism, aerobic respiration, and muscle fiber type switching (which is when your muscles switch from slow- to fast-twitch fibers (or vice versa), depending on the type of physical activity you are engaging in). One specific mutation of this gene, known as Gly482Ser, has been suggested to influence which type of athlete you are. However, previous findings on the associations between having the Gly variant or the Ser variant of the gene and athletic ability are inconsistent because of differences in study methodology.

To address this, Tharabenjasin and colleagues recently published their pooled analysis of studies looking at the PPARGC1A Gly482Ser allele in influencing athletic ability and sports performance among Caucasian and Asian populations. Interestingly, they found that those who had the Gly variant were generally more athletic or had better performance in sports, but this gene variant did not have a significant association for athletic ability among Asians (i.e. only among Caucasians did having the Gly variant matter). Furthermore, the Gly allele was also more strongly associated with strength-based athletic ability compared to endurance-based activity, and not at all associated for sports that required both forms of exercise. If you’re eager to learn more (especially the specific methods), read up on the study details here: https://www.ncbi.nlm.nih.gov/pubmed/30625151

What does your DNA say about your athletic ability? Discover on Genomelink!

Photo by Gentrit Sylejmani on Unsplash