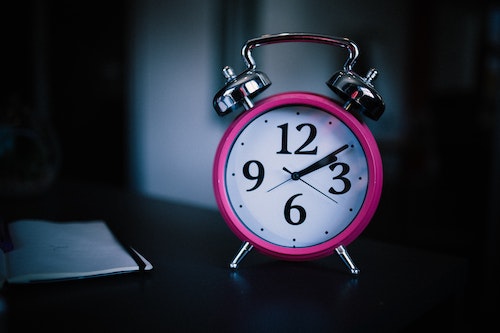 Time To Sleep - Learn More About Your Genetic Traits

Could your DNA reveal your Time To Sleep? Upload raw DNA data to learn more about yourself and genomics science.
By
Genomelink team
‍

What do you usually do between going to bed and trying to get to sleep? In general, it has been said that relaxing behavior such as reading, having a cup of herbal tea or doing yoga may reduce your stress and help you to fall asleep faster and sleep better. On the other hand, the use of any kind of digital technology or drinking alcohol may reduce your sleep quality.

Despite the fact that insomnia is the most common sleep disorder, little is known about the contribution of genetics to its etiology and pathophysiology. Between 6 and 10% of individuals experience insomnia that is chronic in nature, while another 25% report occasional difficulties with sleep. Insomnia is associated with a number of negative sequelae including fatigue, irritability and impaired concentration and memory. Given the prevalence of insomnia and its associated public health impact, advances in our understanding of the genetic underpinnings of the disorder could lead to prevention and treatment efforts that would benefit a substantial proportion of the population.

A number of genome-wide association studies (GWAS) have been conducted on sleep phenotypes in humans so far. In order to advance our understanding of the genetics of sleep/wake regulation and insomnia there is a need for gene discovery studies that include a wider range of insomnia phenotypes and that have adequate sample sizes to detect what are likely to be small effects. Here, researchers conducted a GWAS of 6 sleep phenotypes (sleep time, sleep latency, sleep quality, sleep depth, sleep duration and an insomnia factor score) assessed by questionnaire responses from a sample of 2,323 individuals from the Australian Twin Registry. To assess usual sleep time, namely the time at which a person generally goes to sleep, participants were asked questions such as “On weekdays after you go to bed, what time do you usually try to get to sleep?” For the sleep time analysis, individuals who said that they usually try to go to sleep between 3am and 6pm were removed from the analysis (n = 23), as there was a high likelihood that they were shift workers who were not choosing to sleep at that time by their own preference, or were individuals with delayed sleep phase syndrome. More than 2,000,000 common polymorphisms across the genome were tested for association. While no SNPs reached the genome-wide significance threshold, a number of associations in plausible candidate genes were identified. One of which is rs722258 in LOC107984215, the T allele of the SNP had an additive effect in the direction of earlier sleeptime.

In addition, two SNPs in the L3MBTL4 and EBF3 genes showed associations with sleep timing. L3MBTL4 is a gene on chromosome 18 whose function is not well annotated, similar to LOC107984215. EBF3 is located on chromosome 10 and is known to be expressed in the brain. Interestingly, no circadian candidate genes which regulate the human internal biological clock appear to harbor SNPs that show strong evidence of association with timing of sleep from this analysis. Another SNP located near the NPS gene also showed an association with sleeptime. NPS is an interesting candidate gene for having an association with sleep timing as it encodes Neuropeptide S, a molecule that is known to stimulate arousal and that has been associated with anxiety and sleep apnea.

There are several limitations in this study, including the lack of replication for some of the associations because the replication study was conducted only to analyze sleep latency. Confirmation of the association in an independent sample is required before an association can be considered “real” rather than simply a chance event. Read more about the study here: www.ncbi.nlm.nih.gov/pubmed/23728906

Are you interested in learning more about your genetic tendency for time to get to sleep? You can login to your Genomelink dashboard to see this new genetic trait.

Photo by Mpho Mojapelo on Unsplash