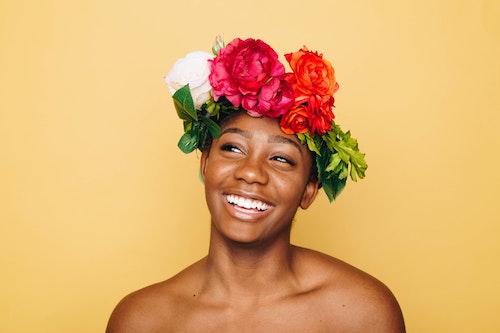 Could your DNA reveal your Cellulite? Upload raw DNA data to learn more about yourself and genomics science.
By
Genomelink team
‍

Cellulite is a common complex cosmetic problem for many post-adolescent women. It mainly affects the buttocks and thighs, although other areas of the body, such as the abdomen, may also be affected. It has been deemed unattractive and undesired by many as it gives the skin an orange-peel-like, dimpled appearance. Many people with severe cellulite seek effective treatment options and wish to know how to prevent the condition. However, the pathology of the condition is not fully understood, making it more difficult to cure or prevent its development.

To more thoroughly understand the pathophysiology of this widespread cosmetic issue, researchers investigated genetic factors that may contribute to its development.

The target polymorphisms of these genes were further selected based on prior evidence of potential functionality and validated allele frequency. The severity of cellulite in this study was measured by the 4-stage Nurnberger–Muller scale (grade ≥ 2 for cases, grade 0 for controls). When genotype distribution and allele frequency were compared between groups, the polymorphisms of two genes showed significant associations with cellulite development. One of these polymorphisms, the rare T allele of rs11549465 in the hypoxia-inducible factor-1 alpha (HIF1A) gene, was associated with a reduced risk of cellulite. The alpha-subunit of HIF1, a transcription factor, is known to be directly regulated by oxygen tension.

During times of excess caloric intake and in early stages of adipose tissue expansion, the microenvironment of the adipose tissue rapidly becomes hypoxic because of the lack of an adequate vascular network. Under hypoxic conditions, the level of HIF1A increases, promoting adipose tissue fibrosis and a local state of inflammation. Intriguingly, HIF1A mRNA has been reported to be upregulated in the fat of obese humans and is positively correlated with BMI. The HIF1A mutation has shown a significantly reduced HIF1A activity for the mutant (T) allele compared to the wild type.

Although cellulite tends to be a gender-specific condition, no significant differences in the oestrogen receptor gene polymorphisms were shown in this cellulite study. It is thus possible that the differences in the prevalence of cellulite among females may not be chiefly influenced by polymorphic variation in the oestrogen receptor system, but rather in genes influencing local adipose tissue microcirculation and fibrogenic response to hypoxia. Based on the role of HIF1A on development of this condition, strategies aiming to improve the adipose oxygen saturation may also be worthy of investigation. Read more about the cellulite study here: https://www.ncbi.nlm.nih.gov/pubmed/20059631

The cellulite genetic traits you have may determine whether you will develop severe cellulite at some point in your life. A DNA analysis on Genomelink using a genetic DNA testing kit results can reveal your genetic tendency to develop cellulite. DNA Analysis of DNA testing kit results is one of the most effective ways to learn about the makeup of your body and get answers to questions you might have about it.

Are you interested in learning more about your genetic tendency to develop cellulite? You can login to your Genomelink dashboard to see this new genetic trait.

Photo by Autumn Goodman on Unsplash