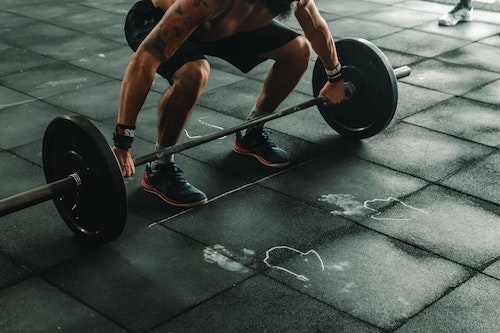 Learn About Your Genetic Tendency For Achilles Tendon Rupture

Could your DNA reveal your Achilles Tendon Ruptures? Upload raw DNA data to learn more about yourself and genomics science.
By
Genomelink team
‍

Are you an avid participant in recreational sports? Moderate exercise is good for your health but excessive exercise could be burdensome on your ankles. Though Achilles tendon pathology (ATP) can happen to anyone, these injuries are most common among individuals who play recreational sports. The two types of pathologies that can occur are Achilles tendon rupture (RUP) or tendinopathy (TEN), both of which impact the tendon connecting the calf to the heel of the foot. Most cases are related to overuse, including chronic or acute exposure to repetitive micro-traumas. When your Achilles tendon ruptures, you may feel as though your ankle has been struck by a baseball bat and you may hear a loud popping sound. Often times, these conditions make it difficult and painful to walk.

An increasing number of association studies have demonstrated that genetic variants can predispose a person to these conditions. In one earlier study conducted in a Caucasian population of South Africa, it was found that the GG genotype for rs679620 in the MMP3 gene was a risk factor for TEN (but not for RUP). The MMP3 gene belongs to the family of metalloproteinases (MMPs), genes that play a role in the structure of the extracellular matrix (ECM). In tendons, the ECM consists of various proteins and substrates, such as collagen ﬁbrils, proteoglycans, glycoproteins and glycosaminoglycans.

Since genetic predispositions to multifactorial phenotypes, such as ATP, are often population speciﬁc, researchers wanted to evaluate these associations in a novel study population. They conducted a case-control genetic study to determine whether the rs679620 SNP was associated with the risk of ATP in British Caucasians. They found that the GG genotype was signiﬁcantly over-represented among the RUP group, whereas the AG genotype was signiﬁcantly over-represented among the control group (CON). The G allele of the rs679620 locus is known to increase MMP3 expression. Over-expression of the MMP3 gene could increase the risk of tendon degeneration since the MMP3 protein plays a role in the breakdown of ECM as described above. Furthermore, there is no genotypic distribution differences for the rs679620 variant between the CON and ATP groups, or between the CON and the TEN group.

Although this study did not directly replicate the previous study, which may be due to the geographical differences in population, it was confirmed that the same loci seemed to modify the risk of Achilles tendon pathology or rupture in some way. If you are interested, you can read more about the study here: https://www.ncbi.nlm.nih.gov/pubmed/27222816

Are you interested in learning more about your genetic tendency for Achilles tendon rupture? You can login to your Genomelink dashboard to see this new genetic trait.

Photo by Victor Freitas on Unsplash