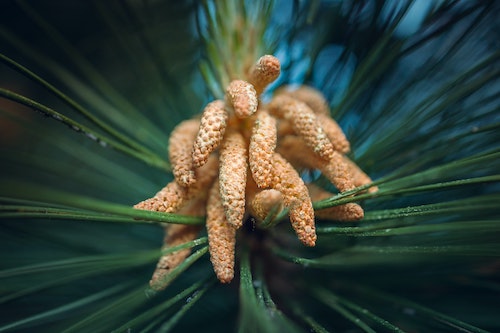 Could your DNA reveal your Allergic Sensitization? Upload raw DNA data to learn more about yourself and genomics science.
By
Genomelink team
‍

For some, allergen season is a miserable time of year, while others may not even know there is such a season. In our daily life, we are exposed to a variety of allergens that could have an exaggerated interaction with our immune system, causing atopic diseases such as rhinitis, asthma and eczema for some people. Allergic sensitization is defined as the presence of allergen-specific immunoglobulin E (IgE) against common environmental antigens. Allergen-specific IgE plays a pivotal role in the pathogenesis of allergic reactions by binding allergens and initiating the immunological processes leading to allergic inflammation when the allergens enter the body next time. Recent genome-wide association studies (GWAS) have shed some light on the potential role genetics play in the development of allergic sensitization.

A large number of candidate genes have been reported but few have been firmly established. The first GWAS on allergic sensitization reported by Ramasamy A, et al. in 2011 identified three loci presumed to impact allergen susceptibility, including 11q13.5 on the C11ORF30 gene and the HLA-region. Although this study was one of the first to evaluate this relationship, it considered only sensitization to a single allergen (grass), was based on a modest sample size, and did not include replication.

In order to identify genomic polymorphisms related to sensitization against any allergen in large cohorts, researchers conducted a two-stage meta-analysis of genome-wide association study (GWAS) including data from 16 studies from the EAGLE and AAGC consortia. Sensitization status was assessed objectively by either elevated levels of allergen-specific IgE in blood samples or a positive skin reaction after a skin prick test using common food and inhalant allergens as antigens. When they analyzed combined data from the discovery and replication stage, 10 loci showed significant relationships with allergic sensitization. Of these, the T alleles of two polymorphisms, rs2155219 on the C11orf30 gene and rs1059513 on the STAT6 gene, had tendencies to increase allergic sensitization. Conversely, the T allele of rs6906021 on the HLA-DQB1 gene had a tendency to decrease allergic sensitization. Loci at 11q13.5 near C11orf30 and the HLA-region has previously been associated with grass sensitivity as described above. Furthermore, when they applied GRAIL pathway analysis to the 10 loci identified in this study, they found biologically connected genes related to immune function including STAT6, TLR6, IL18RAP and HLA-DQB. It suggests that these genes are inter-related and their involvement may be a common mechanism that is likely to be causally associated with sensitization.

Overall, the study increased the number of established susceptibility loci for allergic sensitization from three to 10, with a substantial population attributable risk fraction. Understanding the molecular mechanisms underlying the association with these sequence variants may provide novel insight into the cause of allergies and other immune diseases. You can read more about the study here: https://www.ncbi.nlm.nih.gov/pubmed/23817571

Are you interested in learning more about your genetic tendency for allergic sensitization? You can login to your Genomelink dashboard to see this new genetic trait.

Photo by Adam Nieścioruk on Unsplash