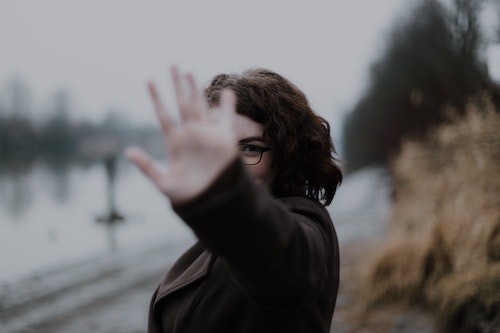 Do your genes dictate how you deal with transgressors? Are you aggressive or avoidant? Learn more about what your DNA profile says about you.
By
Genomelink team
‍

How you respond to being wronged might have identifiable genetic components. Discover your full potential through the power of genomic science.

What do you typically do when someone offends or mistreats you?

Perhaps you avoid dealing with the person who was unfair to you. Conversely, you might have contemplated – or enacted – revenge.

It has been suggested that there are two main reactions to a transgressor, avoiding the transgressor or seeking revenge. Although these behaviors are on opposite ends of a spectrum, it seems they are associated on a psychological level.

One would think that our response to transgressors is largely a byproduct of our environment. How we were raised, our childhood experiences with bullies, and whether we’ve suffered major hardships likely play a significant role in our response. But is that all? Could the desire for revenge be inherited?

How Do Genes Affect My Response to a Transgressor?

Revenge seems sweet, but it’s not necessarily a logical choice. Revenge doesn’t necessarily yield positive long-term outcomes (sometimes quite the opposite). However, the vengeance impulse is rooted in how our brains are wired for rewards.

Though less likely to result in potentially aggressive confrontations, avoidance is not necessarily a beneficial strategy -- particularly if the transgressor is someone you live or work alongside. Nevertheless, research has indicated that avoiding transgressors, like the desire for revenge, stimulates a reward response.

Vengefulness has been linked to dopaminergic signaling, which is involved in the brain reward system. Brain regions such as the cingulate gyrus, insula, dorsolateral and prefrontal cortex are strongly activated when people feel positive emotions. In addition, previously reported studies have shown that these same brain regions were strongly activated in a trial in which participants punished a person who made an unfair offer compared to trials in which participants did not punish anybody. This outcome suggests that the participants’ brains' reactions to punishing somebody were similar to being rewarded.

Likewise, an avoidance motivation triggered a reward response in the participants' brains.

These reactions make sense from an evolutionary perspective; the ability to avoid potential danger and the aggression instinct are both essential survival responses. Moreover, it could be argued that they could pose a benefit to society in general – rooting out transgressors has an undeniable community benefit. Whether you feel more inclined to shun your transgressor or pursue sweet revenge, your inclination might be embedded in thousands of years of evolution.

A study published in 2018 reported a link between the two personality traits – avoidance motivation and vengefulness – that are psychologically and genetically connected.

What Is The Transgressor Avoidance Gene?

Researchers investigated the molecular genetics of individual differences in avoidance motivation and vengefulness, focusing on the Catechol-O-Methyltransferase (COMT) Val158Met polymorphism (rs4680) in 730 Chinese and 585 German participants.

The polymorphism was selected because it affects dopaminergic signaling and brain activity when people punish others for their unfair behavior. Two different self-reported measures, Chinese and German versions of the TRIM-12 and the Vengeance Scale questionnaires, were implemented to assess individual differences in tendencies to react to a transgression.

Results showed that participants, especially males, with at least one copy of the Met (A) allele were associated with higher vengefulness in the Chinese sample but not in the German sample. The Met allele was also related to the tendency to avoid a transgressor in the Chinese male and female samples, with an especially pronounced effect in the female subgroup. Again, the same pattern could be found in the German sample, especially in females.

So, what does this mean?

It means that if you have felt a rush of pleasure from the idea of getting revenge against a person who has transgressed against you, the reason might be in your genes.

This single study seems to have found that certain people with a particular genetic variation are more likely to either seek revenge against a transgressor or avoid a transgressor because a reward response was activated in their brains.

However, this finding was not consistent across populations, and the study participants represented a relatively small sliver of the global population.

Additional research is needed to better understand how our genes influence certain behaviors. Nevertheless, if you experience a feeling of satisfaction when you avoid (or get revenge against) someone who has wronged you, you might possess the Met allele of the COMT Val158Met polymorphism!

How Do I Find Out What Genes I Have?

When you have access to your raw DNA, you are able to identify individual alleles to determine whether you have the genes of someone inclined to retaliate or evade a transgressor after experiencing a transgression of any magnitude.

Are you interested in learning more about your genetic tendency to avoid a transgressor? Upload your raw DNA file to Genomelink and uncover your genetic potential today!