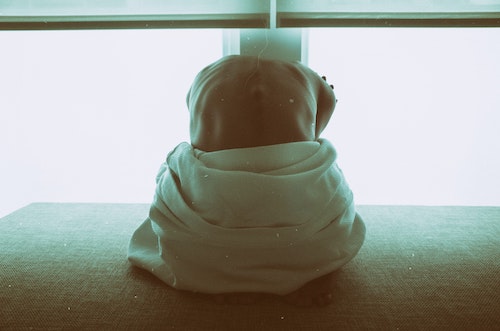 Could your DNA reveal your Back Pain? (Genetic Traits Report)

Could your DNA reveal your Back Pain? Upload raw DNA data to learn more about yourself and genomics science.
By
Genomelink team
‍

Most people may experience back pain (BP) at some point or another in their lives. In fact, BP is a common debilitating condition with a lifetime prevalence of 40%, meaning about 40% of all people will have it within their lifetime. Additionally, the socioeconomic impact of BP is significant as many sufferers will spend time underemployed or unemployed altogether. The main symptoms of BP are muscle aches and increasing pain as you bend, lift, stand or walk that improves with red-lining. Despite its major social importance, the pathogenesis of BP is poorly understood.

Clinical risk factors known to increase a person’s likelihood of having BP include age, being female, raised body mass index, and the condition is often experienced by patients with intervertebral lumbar disc degeneration (LDD). In addition, there is a clear genetic predisposition to BP with estimates of heritability in the range of 30%-68%. Moreover, recent twin studies have demonstrated that BP shares an underlying genetic predisposition with several risk factors including depression and anxiety.

For further investigation of underlying genetic factors of BP and pleiotropy between BP and its clinical and psychosocial risk factors, researchers performed a very large genome-wide association study (GWAS) in a total number of 509,070 participants by combining data from the UK Biobank and CHARGE consortium cohorts. For the UK Biobank, cases of BP were defined as those who experienced BP in the last month and controls were defined as those who did not experience BP in the last month. For the CHARGE consortium, cases were defined as those reporting BP present for at least 3 months, while the controls were defined as those who reported no BP or BP with shorter duration. They identified and replicated three BP-associated loci, including one novel region between the SPARC/Osteonectin, the Cwcv- and Kazal-like Domains Proteoglycan 2 (SPOCK2) gene, and the Carbohydrate Sulfotransferase 3 (CHST3) genes. This region harbors the rs3180 variant of which the G allele is associated with increased risk for BP. Previously, this region was shown to be associated with LDD in Chinese individuals and the lead variant is reported to influence CHST3 gene expression levels in the intervertebral disc tissue. The CHST3 gene encodes an enzyme which is crucial for cartilage tissue function and hydration. Whilst, SPOCK2 gene encodes a proteoglycan SPARC/Osteonectin involved in extracellular matrix formation and is highly expressed in the central nervous system. In addition, the result showed that the G allele of rs7105462 in the Neural cell adhesion molecule 1 (NCAM1) gene also showed an association with increased risk of back pain in the discovery GWAS.

During the in-silico (computer simulation) functional analysis, researchers did not find sufficient evidence to determine whether SPOCK2 or CHST3 was the most likely gene associated with BP. Instead, it suggested that the closely adjacent SPOCK2 gene may be another candidate in the region. Moreover, they identified mutually independent and positive genetic correlations between BP and depression, sleep disturbance, waist circumference and negative genetic correlation with college completion. Read more about the study here:
https://pubmed.ncbi.nlm.nih.gov/30747904/

Are you interested in learning more about your genetic tendency for back pain? You can login to your Genomelink TRAITS to see this new genetic trait.

Photo by Larm Rmah on Unsplash