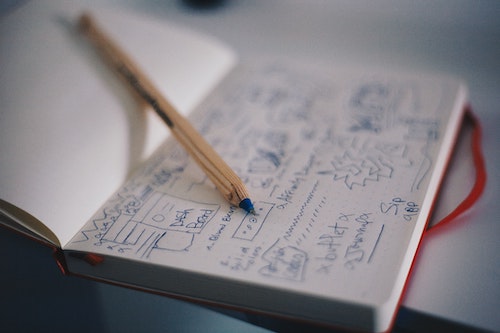 Could your DNA reveal your Diurnal Preference For Activity Planning? Upload raw DNA data to learn more about yourself and genomics science.
By
Genomelink team
‍

Upload raw DNA data to learn more about yourself

Are you one of those people that rolls out a bed with a pep in your step? Or are you the person who has to drink a whole pot of coffee before you can even think about getting out of bed? Most people can easily recognize whether their energy levels peak early or late in the day. The fancy name for whether or not you are a morning person is “diurnal preference,” also called chronotype or the morningness–eveningness trait, and it is tied to circadian rhythms.

Previous studies indicate that evening-types have significantly higher chances of developing various health hazards such as sleep disturbance, depression, and articular and spinal diseases compared to morning-types, regardless of other major health indicators like sex, age, education, socioeconomic status, physical activity, alcohol consumption, smoking status, and body mass index. High variability exists among the general population for diurnal preference, highlighting the need for further studies to validate these subscales based on genetic factors.

From a genetic point of view, it has been reported that polymorphisms in human circadian genes are potential genetic markers that affect diurnal preference in several populations. In mammals, the core circadian rhythm is regulated by a cell-autonomous, transcription–translation feedback loop that provides a rhythmic expression pattern to the clock genes. Results of human genetic studies have shown that variations in the clock genes are associated with sleep; mood; and the cardiovascular, gastrointestinal, and metabolic systems. These associations imply polymorphisms in core circadian genes could be promising biomarkers for predicting health hazards.

Based on the circumstances mentioned above, researchers recently explored the association between diurnal preference and genetic variations in 4 circadian genes: CLOCK, ARNTL, PER2, and GNB3. This study was conducted in a population of 499 healthy Korean adults using a standardized questionnaire known as the Composite Scale of Morningness (CSM). The scale can be further broken down into the three subscales of morningness, activity planning and morning alertness. Higher scaled scores indicate a morning preference, while lower scores indicate an evening preference. By analyzing participants’ genotypic data and their SCM scores, it was found that the participants with either GG or GA genotypes of the rs934945 SNP were significantly associated with morningness and activity planning compared with non-G allele carriers. This SNP is located on the period circadian regulator 2 (PER2) gene, which plays a major role in regulating circadian rhythms. In contrast, the other three circadian genes tested were not significantly associated with diurnal preference.

Although some studies have reported that the PER2 rs934945 SNP is not significantly associated with diurnal preference, others have identified a significant association. These latest results suggest that PER2 plays an important role in diurnal preference and among various features of circadian rhythms, especially activity planning and morning alertness, in humans. Read more about the study here: https://www.ncbi.nlm.nih.gov/pubmed/27660894

Are you interested in learning more about your genetic tendency for diurnal preference for activity planning? You can login to your Genomelink dashboard to see this new genetic trait.