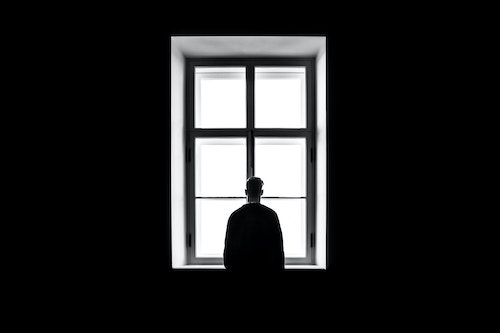 Could your DNA reveal your Effect of Traumatic Life Events on Jumping to Conclusions? Upload raw DNA data to learn more about yourself.
By
Genomelink team
‍

Jumping to conclusions could be genetic

Jumping to conclusions is considered one of the psychotic symptoms which occurs when people make quick assumptions and react negatively without considering any facts. It is a type of negative thinking and it often occurs in people who are suffering from mental disorders such as depression and panic disorder. However, mentally healthy people may also jump to conclusions in situations in which people feel stress and become overwhelmed with emotions. The symptoms can be a cause of communication obstacles and may affect your relationships with others.

Recent studies have provided evidence that interactions between variation in dopaminergic genes and stressful experiences might impact risk of psychosis. The dopamine hypothesis is widely recognized as the leading pathophysiological concept of psychosis. The catechol-O-methyltransferase (COMT) is one of the key enzymes involved in the degradation of dopamine. Having the Val (G allele) of the single nucleotide polymorphism (SNP) of the COMT gene, rs4680 or the Val158Met polymorphism, has been reported to be related to a nearly fourfold increase in metabolic activity of COMT compared to the Met (A allele) variant. In addition, mounting evidence suggests that dopaminergic neurotransmission can also be influenced by psychosocial stress. Greater dopamine release in response to psychosocial stress has also been associated with a history of childhood adversities. However, the exact mechanisms linking traumatic life events (TLEs) and psychosis risk remain unknown. There are studies showing that cognitive biases mediate the relationship between TLEs and psychosis proneness, more specifically, this mechanism has been reported for the following cognitive biases: attributional biases, external misattribution bias, threat anticipation, attention to threats, and jumping to conclusions. However, cognitive biases were not taken into account in studies investigating interactions between TLEs and variation in dopaminergic genes until now. Therefore, in the study described, researchers investigated the effects of interactions between variation in the dopaminergic genes and TLEs on a risk of psychotic-like experiences (PLEs), taking into account the impact of cognitive biases, in a non-clinical sample.

In total, 535 Caucasian university students were enrolled. As a candidate polymorphism, rs4680 in the catechol-O-methyltransferase gene (COMT) was selected because it is well known to regulate dopamine activity. The Traumatic Events Checklist (TEC) was used to record TLEs. It is a 29-item self-reported questionnaire that captures the following experiences: emotional abuse, emotional neglect, physical abuse, threat to life, sexual harassment and sexual abuse. The Polish translation of the Davos Assessment of Cognitive Biases Scale (DACOBS) was administered to assess cognitive biases associated with psychosis risk (jumping to conclusions, belief inflexibility bias, external attribution bias and attention for threat bias). The 16-item prodromal questionnaire (PQ16) was used to screen for PLEs. The PQ16 records the presence of both positive and negative symptoms. Moreover, it consists of a 4-point Likert scale to measure the level of distress associated with experiencing PLEs. The association results showed that participants with at least one copy of the Met (A) allele and who experienced TLEs were more likely to jump to conclusions compared to Met carriers without a history of TLEs. On the other hand, participants with the GG genotype did not show such an effect of TLEs on jumping to conclusions.

There are limitations in this study. The study population was limited to non-clinical samples thus caution should be taken in the way the results are translated to a clinical population, and history of TLEs was recorded using self-reporting questionnaires. Although several limitations of self-reports for TLEs have been raised, they are characterized by reporting stability and are still a widely accepted approach. In summary, this study indicates that the effects of TLEs on psychosis proneness might appear in subjects with the COMT genotype associated with worse enzymatic activity who report high levels of cognitive biases. Read more about the study here: https://www.ncbi.nlm.nih.gov/pubmed/31889426

Are you interested in learning more about your genetic tendency for the effects of traumatic life events to impact jumping to conclusions? You can login to your Genomelink dashboard to see this new genetic trait.

Photo by Sasha  Freemind on Unsplash

Effect of Traumatic Life Events on Jumping to Conclusions