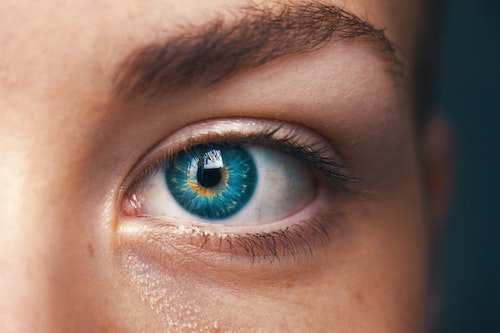 What Is Eye Tail Length?

Could your DNA reveal your Eye Tail Length? Upload raw DNA data to learn more about yourself and genomics science.
By
Genomelink team
‍

Have you ever been told you have your mom’s nose or your dad’s mouth? Resemblances between parents and their children have been recognized for centuries, but genetic studies have confirmed that physical characteristics tend to be more strongly influenced by genetic factors than environmental factors. The formation of a face is an evolutionarily conserved and precisely orchestrated process involving the cellular migration, interaction, proliferation, and differentiation of diverse tissue cells, all of which are functions of genes.

The tail of the eye is something you might not pay much attention to, but stands out in your facial features when you look at it. Genetics has a lot to do with determining whether you have a long eye tail or a short eye tail, but what exact genetic tidbits are responsible for our looks when it comes to our mouth, nose, eye tail length, and more? New research attempts to shed some light on this question.

Face morphology is not only a matter of appearance but also an important feature for the study of skull and facial malformations (craniofacial deformities) as well as a valuable tool in forensic sciences. Several GWAS have shown that genetic variants were related to facial traits, including width, depth, and nose shape. Despite these studies, current data on face morphology is not yet sufficient to identify the etiology of human craniofacial malformations and externally visible characteristics. In order to uncover more genetic details related to facial traits, for the first time researchers have conducted a large-scale GWAS in a Korean study population.

What Is Eye Tail Length?

In the first phase of this study, 5,643 Koreans were recruited from the Korean Genome and Epidemiology Study (KoGES) for discovery GWAS. Traits were delineated by data such as distance, distance ratio, angle, area, and curvature (eyelid) from 23 frontal and seven lateral facial points, which were automatically extracted from each picture using software developed by the researchers. They perform a GWAS for 85 facial traits, of which, 7 traits (two eye-related and five nose-related) demonstrated significant genetic associations. In the second research phase, an additional cohort of 1,926 Korean participants, 128 SNPs in 65 traits which had suggestive associations in the GWAS were validated. Additionally, a meta-analysis of the two cohorts found five loci with significant relationships. One of these loci, the HOXD-MTX2 (rs970797) gene, was highly associated with the curvature of the upper eyelid, impacting overall eye shape. Though not statistically significant, researchers also found that participants with an A allele of this gene may have been more likely to have longer eye tail lengths when compared to participants with CC homozygous genotype. Of note, rs970797 is the only SNP found in the GWAS catalogue and the UK Biobank, where evidence suggests it is associated with likelihood of having a monobrow and earlobe attachment.

A major limitation of this study is that the facial measurements were derived from two-dimensional images rather than three-dimensional images, which is the gold standard in this type of research. Also, the study populations were Korean, limiting the generalizability of these results. Despite these limits, there is no doubt that this study may contribute to a better understanding of craniofacial deformities and provide useful genetic information for externally visible characteristics in forensic sciences. Read more about the study here: https://www.ncbi.nlm.nih.gov/pubmed/29921221

Whether you have a short eye tail length or a long one, it’s interesting to know how you got your facial features. Now that you know the answer to “what is an eye tail?” and that genetics plays a large role in how yours develops, you can explore genetic DNA testing Analysis to learn more. A quality DNA testing kit can provide accurate DNA test results and you can upload your DNA test results to Genomelink know more about your eye tail length.

Are you interested in learning more about your genetic tendency for eye tail length? You can login to your Genomelink dashboard to see this new genetic trait.

Photo by Amanda Dalbjörn on Unsplash