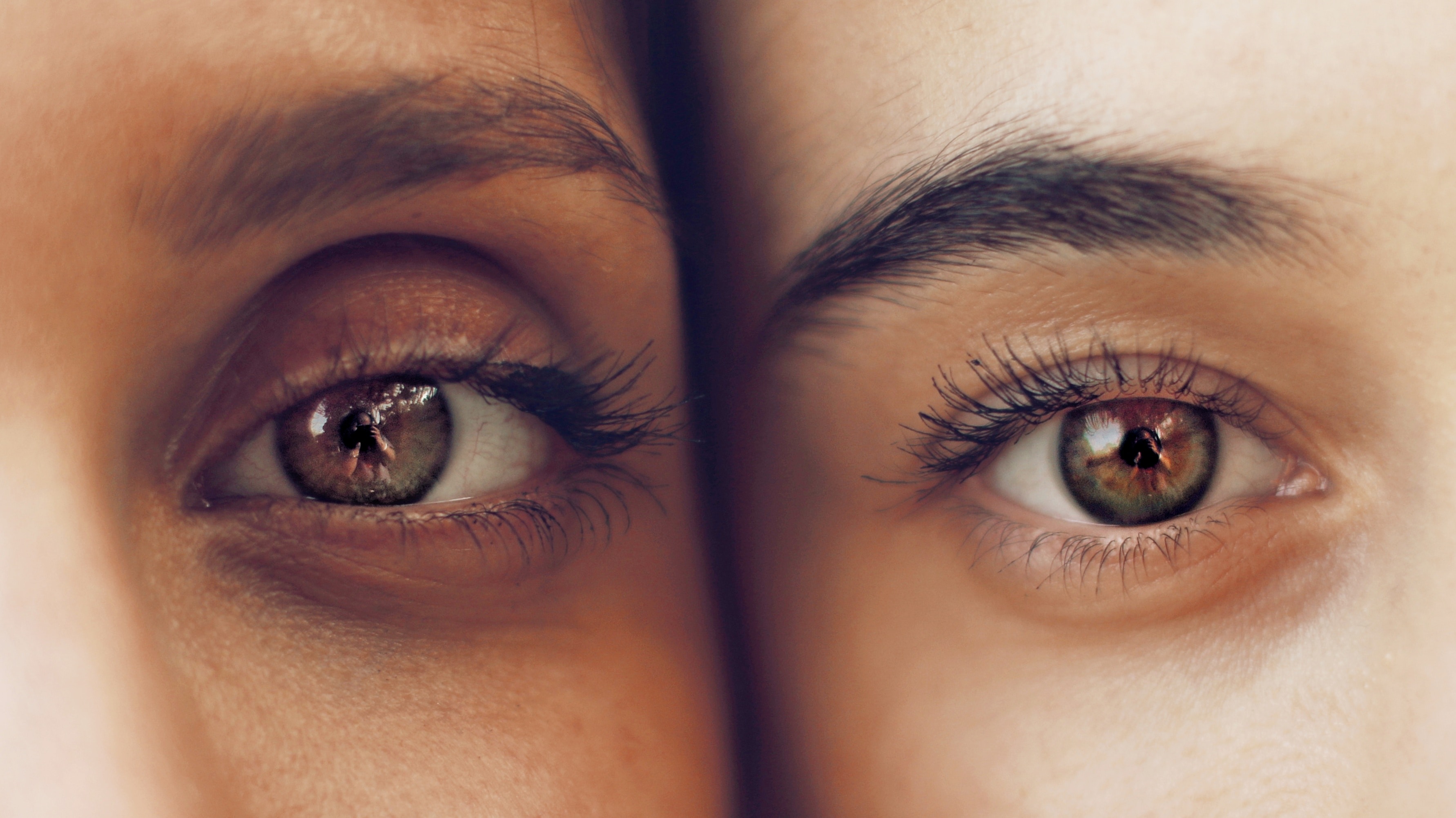 Learn about eyebrow thickness and genetics. Upload your raw DNA data to learn more about your physical traits.
By
Genomelink team
‍

Could your DNA reveal your Eyebrow Thickness? Upload raw DNA data to learn more about yourself and genomics science.

From the thin brows of the 1990s to the thick and natural brows of the early 2010s, many eyebrow shapes have been en vogue over the years. While the trends come and go, the amount of hair that grows to form your eyebrows does not.

But why do some people, like celebrity Cara Delevingne, have thick eyebrows, while others shave what little hair they have and swear by brow tattoos?

Unsurprisingly, it's controlled by your DNA.

Where Do Thick Eyebrows Come From?

Many people have a lot of questions about the genetics of eyebrows, like:

The answers to these questions are complicated and not so straightforward. However, scientists now know that everything about your eyebrows – including the thickness – comes down to the genetic traits that you’ve inherited.

A 2015 study revealed a major connection between the inheritance of eyebrow appearance and specific genes.

Last year, investigators using samples from Japanese women found a statistically significant locus on the EDAR gene that predicts eyebrow thickness (and this locus has been found in previous studies involving Asian participants). Mutations on the gene have been linked to other hair characteristics, facial characteristics, and even various skin conditions.

And while it’s clear that eyebrow thickness comes down to your DNA, there’s not a clear answer as to where thick eyebrows come from. They don’t come from a single ethnicity or region.

How Do You Know What Genes You Have?

Many companies offer genetic testing. Some popular ones include AncestryDNA, 23andMe, and MyHeritage.

If you haven’t had a genetics test, you’ll need one before learning all about eyebrow thickness.

If you’ve already done testing, you can then take your raw DNA file and upload it to sites that provide additional analysis of your DNA.

Although many sites offer additional DNA analysis and reports, it’s important to choose a company specializing in interpreting the science.

For example, our accurate DNA genetic testing, reports, and analysis are backed by pioneers in Genetic Science and Technology from Stanford, UC Berkeley, and Y Combinator.

Eyebrow thickness is just one of the many physical traits you can discover about yourself through genetic testing. Some other traits include whether you have allergies, are prone to cellulite, or are more likely to snore. The limitless amount of information you can glean from these reports can help you understand where you came from and what your body needs and wants.

In addition to various tests, you can also get personalized reports based on your DNA. For example, we offer Skincare Advice that is tailored to your specific genes. Coupled with finding out if you have thick eyebrows, you can determine the best type of hair removal and shaping method for your eyebrows. For instance, if you find out that you have sensitive skin, it’s best to avoid eyebrow waxing and try threading instead.

If you’re interested in learning more about your eyebrow genetics, get your DNA test done and upload DNA data on Genomelink to get answers. Genetic DNA testing analysis is the best way to learn why you have thick eyebrows or why you don’t.

Where do your genes stand when it comes to eyebrow thickness? Check Genomelink to find out!