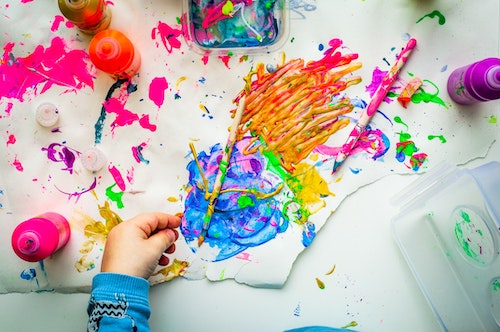 Figural Originality: How DNA Can Reveal Your Creativity

What is figural originality? Learn more about your creative potential by having the experts at Genomelink conduct full DNA analysis of your raw DNA file.
By
Genomelink team
‍

There are many ways to express creativity. We can have creativity with language. Some people have high spatial intelligence, or the ability to see objects in three dimensions with great accuracy. There are examples of musical savants (Mozart, Louis Armstrong, and Paul McCartney, to name a few).

Figural originality is the ability to use your creative instincts in non-verbal, non-literal ways, typically with a focus on drawing or creating visual representations. This talent can be demonstrated either by manipulating existing imagery or creating unique pictures.

For example, the ability to construct an image based upon a series of lines and figures that do not appear to have any coherent relationship indicates figural originality.

Why is this important?

Originality is certainly a desirable characteristic. Strong figural originality indicates a heightened ability to see patterns and solutions in highly complex or challenging situations where rational or predictable thought processes might fail. This talent can have diverse real-world applications, including creating fine art, developing unique marketing strategies, and even solving crimes.

What Are the Genetics of Figural Originality?

Human development and achievement, both on an individual and a societal level, are closely related to creativity. It is not completely understood how creativity and figural originality work, despite their importance.

However, research published in 2014 found that the catechol-O-methyltransferase gene (COMT) and the dopamine D2 receptor gene (DRD2), which are responsible for regulating dopamine levels in the prefrontal cortex, might also be associated with creativity. This theory was based upon studies that had found that variants of those particular genes were associated with other cognitive functions that are related to divergent thinking (the ability to conceive of multiple solutions to a single problem)

The study found evidence that genes related to dopamine transmission could also be responsible for creativity.

Simply use DNA testing kit results from providers like AncestryDNA or 23andMe, upload your raw DNA file, and the experts at Genomelink will reveal your full genetic profile. With genetic DNA testing analysis, you can see how well you fit the figural definition and better understand your figural originality.

Are you interested in learning more about your genetic tendency for figural originality? Access your personal Genomelink dashboard to uncover your full genetic potential!

Photo by Dragos Gontariu on Unsplash