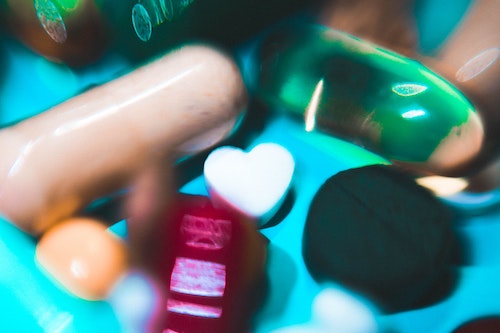 The numbers and types of bacteria living in your gut can change drastically due to diet, lifestyle, and you guessed it…your genes!
By
Genomelink team
‍

More and more research shows that the bacteria in your digestive tract, or what’s called the gut microbiome, can have a significant impact on health, especially metabolic conditions. The numbers and types of bacteria living in your gut can change drastically due to diet, lifestyle, and you guessed it…your genes! In the latest genome-wide association study (GWAS), researchers evaluated gut microorganisms, certain genetic variants, and factors associated with innate immunity related to cardiometabolic syndrome (CMS) in a large Colombian study population. Here is what they found:

Researchers looked specifically at 20 variants of 12 genes related to innate immunity, and found that 10 of the variants in 8 genes were significantly correlated with gut microbes. The majority of the associations discovered were found with nucleotide-binding oligomerization (NOD) genes 1 and 2, which have previously been shown to alter susceptibility of Crohn’s disease.

These results provide more evidence for the complex associations of genetics and the gut microbiome on disease risk. Researchers also evaluated other aspects of CMS in relation to these factors and found other intriguing associations. If you would like to learn more, you can read the entire article here: https://www.ncbi.nlm.nih.gov/pubmed/31154934

Are you wondering what these latest scientific findings might reveal about your genetics and gut microbiota? You can login to your Genomelink dashboard now to see this updated trait!

Photo by Anastasia Dulgier on Unsplash