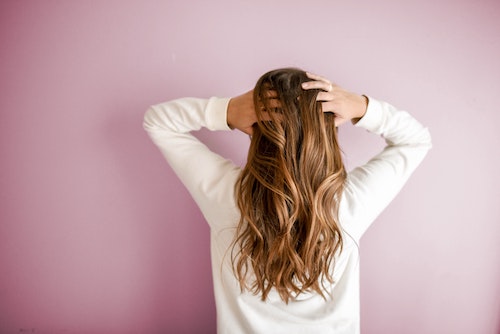 How is your head size genetic? Genomelink offers the power of genomic science to uncover the mysteries of your genetic makeup.

How often do you think about your head size?

If you have an unusually large head, you probably think about it every time you purchase a hat. You might have been on the receiving end of a bit of teasing in your youth. Large heads are also the subject of pop culture jokes and highly popular sports and film memorabilia.

Even if the size of your head has caused you a bit of social anxiety, having a large head is generally considered a good thing. From a cultural perspective, a big head is associated with heightened intelligence.

Head size is a good marker for early childhood development. After all, the size of your skull determines the upper limit of your brain size and influences its shape. In the first two years of life, human head size is highly correlated with body size and nutritional status, giving a sense of how healthy the baby is.

Multiple inherited traits determine the size of your head. If you have a large head, the odds are fairly high that your children will have big heads, too.

So, is head size genetic? Let's take a closer look at how your genes influenced the size of your noggin.

How Is Head Size Genetic?

Environmental conditions and exposures heavily influence human head size. Nevertheless, the high degree of heritability of this trait suggests the importance of genetic factors as well.

In a genome-wide association study of over 45,000 children and adults of European descent, researchers found nine gene loci associated with human head size that was shared between two age groups. Among these, rare mutations within the TP53 gene have been associated with 0.5-centimeter larger heads in mid-childhood compared to those who did not carry the mutated copies of this gene.

The study’s finding that the TP53 gene was most strongly associated with human head size and human cranial development is novel. The outcomes are consistent with research on non-humans.

Experimental mice embryos whose copies of the TP53 gene were removed altogether from their DNA had defects that affected skeletal, neural, and muscle tissues of the head.

The study’s large sample size was sufficient for detecting certain genetic factors. However, the investigators believe that an even larger sample is necessary to identify infrequent variants that could also be associated with human head size. Scaling up this research would help validate the findings of this study.

By uploading your genetic DNA testing results on Genomelink, you can receive a comprehensive DNA analysis to learn more about the factors that contributed to creating the person you are. Having access to this valuable information can help you make better decisions about your health and lifestyle.

If you’re ready to know more about yourself and your unique traits, upload your raw DNA file and let the experts at Genomelink uncover your true potential.

Learn more about your genetic potential by signing up with Genomelink today!

Photo by Element5 Digital on Unsplash