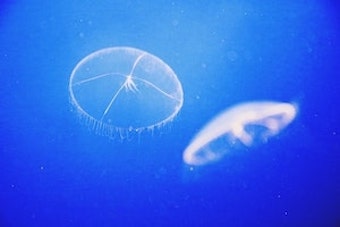 Learn how your DNA can reveal if you have a highly sensitive personality. Find out which test to take now.
By
Genomelink team
‍

Could your DNA reveal your Highly Sensitive Personality? Upload raw DNA data to learn more about yourself and genomics science.

Do you sometimes feel easily overwhelmed by seemingly subtle things? Do you notice other people’s moods before anyone else? If this sounds like you, you may be a highly sensitive person (HSP), and your DNA may be partially responsible for it.

HSPs feel too much and too deeply, experiencing the world as if all sensations, experiences, perceptions were given microphones.

If you have a highly sensitive personality, you respond to the slightest stimuli.

One way to measure this trait is the HSP Scale, a questionnaire that scores the extent of your sensory processing sensitivity. From a mental health perspective, this HSP genetic trait is important because it correlates with neuroticism symptoms (which are characterized by frustration, moodiness, anxiety, depression, and so forth).

Your DNA Could Reveal Your Highly Sensitive Personality

Some people may have a highly sensitive personality gene that contributes to their personality. In a 2011 study looking at 480 healthy Chinese college students, investigators found 10 statistically significant gene variants that had main associations with HSP. To conduct this study, they focused on mutations in 16 genes related to the dopamine system (our reward pathway in the brain) because they hypothesized that variation in copies of these genes would be most relevant to highly sensitive personalities.

After investigators identified these gene loci, they ran statistical models to see how these gene variants' combined effects and interactions can predict HSP scores. The model that incorporated just the 10 gene variants accounted for 15% of the variation in HSP scores. Interestingly, when environmental factors (namely parental warmth and the number of stressful life events) were added to the model, 17% of HSP variation was accounted for. This can suggest firstly that the environmental factors do not add as much explanatory power, and secondly, that there are other factors that may play a larger role in whether or not you are highly sensitive.

While the question of “is sensitivity genetic?” might still be inconclusive, scientists still have more to explore on the determinants of the trait, but this study provides important preliminary evidence that can inspire further research.

Another way to find out if you have a sensitivity gene is through genetic DNA testing for your traits. With a reliable DNA testing kit, you can do a full DNA analysis and understand more about your genetic makeup using Genomelink's detailed DNA reports and traits.

Ready to find out what your DNA says about highly sensitive person traits? Log onto Genomelink now.

What is Neuroticism, and Why is it Correlated with HSP Genetic Traits?

Everyone feels anxious from time to time. You may panic before a job interview, feel stressed about your finances, or feel a knot in your stomach before a date – these are part of what makes us human. But when you feel extreme anxiety that won’t go away, unwanted and negative thoughts can take control of your mind, making it difficult for you to function in your daily life.

Under certain conditions, this type of behavior is known as Neuroticism. Since personality traits exist on a spectrum, some people are more prone to Neuroticism than others. In this article, we will look at what Neuroticism is, highly sensitive person traits, and the correlation between Neuroticism and HSP.

This is one of the personality traits of the Big 5 personality theory. It is the trait disposition to experience a negative emotion, including anxiety, anger, irritability, self-consciousness, depression, and emotional instability. People with elevated levels of Neuroticism often respond poorly to environmental stress, experience minor frustrations as hopelessly overwhelming, and interpret typical situations as threatening. Neuroticism is one of the most empirically validated and well-known personality trait domains, with a significant body of research to support it.

Neuroticism has vast public health implications, and it delivers a dispositional vulnerability for a broad range of different forms of psychopathology, including somatic symptoms, substance, anxiety, and mood. There are many cases of maladaptive substances used to quash the dismay, dysphoria, emotional instability, and anxiousness of Neuroticism. Clinically special episodes of depressed mood and anxiety will often represent the trait interaction with a life stressor.

How is Neuroticism Different from Neurosis?

Neurosis is often mistakenly confused with Neuroticism, but there is a significant difference. The term neurosis was devised to describe a series of psychological disorders that scientists cannot trace to a single cause. While the term was once helpful, it is ill-defined. Neurosis is seen as a psychological factor that disrupts your quality of life, including anxiety and obsessive thoughts.

Later, the term was removed from the American Psychiatric Association’s Diagnostic and Statistical Manual of Mental Disorders (DSM-III). Besides, most experts today no longer use neurosis to describe or diagnose a client’s personality. Instead, they now diagnose neuroses as anxiety or depressive disorders.

Neuroticism is often measured by using self-report surveys as part of the personality assessment. This may also include asking other people such as your family and friends who know you well about your personality and characteristics. Since Neuroticism is not a diagnosis but a dimension, the prevalence rates of neurotic personality disorder are not reported because they are meant for diagnosable mental disorders.

The term refers to people whose minds process sensory information more intensely than non-HSPs, and as a result, they become overwhelmed and overstimulated. This is estimated to encompass 15 to 20 percent of the general population, but it is often misunderstood and misinterpreted as introversion, inhibition, or shyness. To determine whether you’re a highly sensitive person, you may want to take a highly sensitive person test.

What is the Highly Sensitive Personality Test?

This is based on a device that examines your distinctive psychological trait, usually referred to as the HSP trait. This trait has been observed in several species. It is believed to have developed as a survival strategy to monitor and thoroughly reflect before acting, rather than acting on gut instinct or just jumping to a conclusion.

Free online tests are usually the first step that pertains to the measurement of your psychological construct. However, keep in mind that the highly sensitive person test can’t provide completely accurate assessments of an individual personality trait or components of their neuropsychological state.

What Does It Mean To Test As A Highly Sensitive Personality?

This means you are part of the 15-20 percent of the population with an unusual but dominant trait. HSPs react more intensely to an experience as compared to an average person. People with HSP process both positive and negative information more intensely. Therefore, they can easily become stunned by outside stimuli such as high-pressure conditions, crowds, and loud noises.

A study shows that when compared to non-HSPs, there are disparities in the neural activity level in the brain of a highly sensitive person. Highly sensitive person traits are approximately found in 1 in 5 people. These people pay closer attention to their environment, have more empathy, and are more observant to cues from other people. They also have a strong emotional response and tend to cry easily. HSPs have a deeper level of cognitive processing, and they can quickly notice even the faintest sensations which can also often overwhelm them.

Why is Neuroticism Correlated with Highly Sensitive Person Traits?

Several pieces of research have shown the connection between sensitivity and common traits like Neuroticism. The association of Neuroticism with HSP genetic traits reflects the tendency of an individual to experience stress more easily. The HSP trait is characterized by high sensitivity levels to elusive stimuli and over-stimulation by outside stimuli. HSP displays worthy psychometrical property and is drastically corrected with Neuroticism.

A recent meta-analysis was conducted on the relationship between the Big 5 personality traits and the sensitivity measures. According to this analysis, sensitivity measured with the HSP scales is positively and significantly linked to openness and neuroticism experience and not to agreeableness, conscientiousness, or extraversion.

However, a more detailed analysis of the association of the HSP trait with common personality traits is vital to better understand the personality profile sensitive to external influences. Based on this theory and existing research, the hypothesis is that sensitivity measured with the brief version of the HSP scale is linked with the facets and dimensions of Neuroticism to experience but distinguishable from the established traits.

What about people with natural tendencies towards Neuroticism and Highly Sensitive Personality, even though they were raised in an environment that is less stressful? Another study found HSP correlation with Neuroticism in people with a troubled childhood. This has recently been termed as “Advantage sensitivity.” Sensitive people raised in a positive environment tend to outperform others. They are less shy, anxious, depressed, and prone to more positive emotions than others.

Photo by Giorgio Trovato on Unsplash