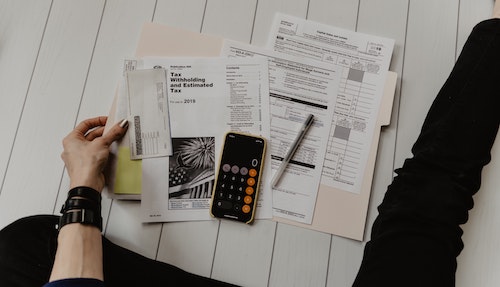 Could your DNA reveal your Household Income? Upload raw DNA data to learn more about yourself and genomics science.
By
Genomelink team
‍

Do you dream of having mountains of cash, luxurious cars, and maybe a yacht or two? Perhaps your dreams aren’t quite so indulgent, but you’ve probably imagined how much easier life could be if you had at least some more wealth. But could your genetics be holding you back? Well, it’s complicated, but there is some evidence that certain genes can influence your ability to attain higher income levels, such as intelligence and intrinsic motivation. New research attempts to delve into the complex relationship of genetics, socioeconomic factors, and household income.

Household income and educational attainment are important indicators in determining one’s socioeconomic position (SEP), which refers to the position individuals or groups hold within the structure of a society. People from more advantaged socioeconomic backgrounds, on average, live longer, and have better mental and physical health than those from more deprived environments.

The link between SEP and health is typically believed to be mostly influenced by environmental factors such as exposure to harmful or stressful environments and adverse health behaviors including smoking, poor diet, excessive alcohol consumption, and a lack of physical exercise. However, genetic factors have been discussed as a partial explanation for the SEP–health gradient; for example, genetic predispositions
for certain diseases or genetic influences on what foods people like, could lead to a poor diet. This, in turn, could lead to both lower SEP and poorer health.

Loci associated with two SEP phenotypes, education and household income, have been identified by previous genome-wide studies, but these loci collectively account for only a small fraction of the total heritability of the traits in question. For example, an analysis of household income among Britains found that cumulative genetic effects of common single-nucleotide polymorphisms (SNPs) accounted for only about 11% of differences in household income.

Interestingly, previous work in Sweden using lottery-winners as a natural experiment to examine the causal effect of wealth on health differences found that within 10 years of receiving a prize, winning participants did not have a longer life or fewer hospital admissions compared with those who did not win the lottery. This indicates that whereas high earners may be in better health and have a greater level of education than low earners, a high income might not be causal in such differences in affluent countries that have strong social support systems. Although any causal effect of wealth on health is likely to differ across countries and time periods, this study showed that intelligence is one of the factors that contribute to variation in income, but income is a very important factor that mediates the associations between intelligence and health. Read more about the study here: https://www.ncbi.nlm.nih.gov/pubmed/31844048

Are you interested in learning more about how your genetics might impact your household income? You can login to your Genomelink dashboard to see this new genetic trait.

Photo by Kelly Sikkema on Unsplash