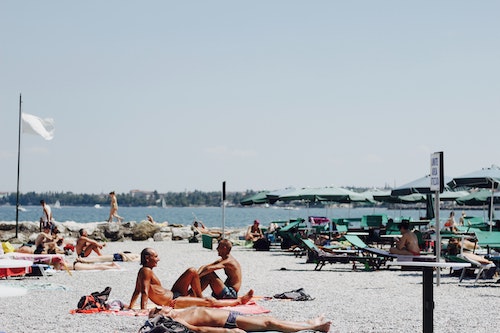 Are you addicted to absorbing those artificial ultraviolet (UV) rays? Does your genetic code play a role in your tanning bed fixation?
By
Genomelink team
‍

If you’ve ever spent time in a tanning bed, you have probably experienced the intense warmth, the after-glow feel, and the total relaxation that seems to accompany those precious few minutes. Maybe you’ve even made visiting your local tanning salon a regular part of your routine, because, hey, it feels great and just seems to melt the stress away! But are you addicted to absorbing those artificial ultraviolet (UV) rays? Does your genetic code play a role in your tanning bed fixation? New research suggests there may be at least one gene that can increase the likelihood of young women becoming addicted to indoor tanning.

For their study, researchers enrolled young (18- to 30-year-old), non-Hispanic white women who reported using an indoor tanning bed at least once in the previous 12 months. They collected DNA samples of study participants and their questionnaire answers regarding tanning behaviors to evaluate psychological factors that may impact risk of addiction. A comparison of these data resulted in the identification of two specific single nucleotide polymorphisms (SNPs) that were associated with an increased risk of developing an addiction to indoor tanning.

Both of the SNPs identified as significant in this research (rs4436578 and rs4648318) are located on the DRD2 dopamine receptor gene. Dopamine is both a hormone and a neurotransmitter that plays a significant role in reward-motivated behavior. The DRD2 gene has previously been highly associated with addictive behaviors, such as pathological gambling and drug abuse. In this study, researchers identified that the two gene variants, in conjunction with symptoms of depressive disorder, play important roles in a person becoming dependent on soaking up the UV rays of an indoor tanning bed.

One of the major limitations of this study was the small geographic region from which the study participants were selected, making their results less relevant to women outside of that region. Despite this drawback, their findings were robust, and an important stepping stone for future research evaluating the genetic components of tanning addiction. To learn more about this study and its results, you can read the full publication here: https://www.ncbi.nlm.nih.gov/pubmed/31185074

Are you concerned with your genetic risk of becoming addicted to indoor tanning? Login to your Genomelink dashboard now to learn more about what your genetic code says in regards to this new research.

Photo by Harry Knight on Unsplash