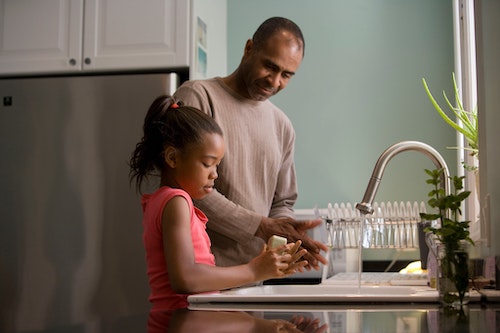 Could your DNA reveal your Intergenerational Transmission Of Parenting Qualities? Upload raw DNA data to learn more about yourself.
By
Genomelink team
‍

Can your DNA reveal your Intergenerational Transmission Of Parenting Qualities?

Do you ever worry that you are absolutely ruining your children through your parenting techniques? Although parenting style is an important factor in child development, it is difficult to say which methods are better or worse. Is it nature (genetics) or nurture (environment, social interactions, etc.) that most impacts how they will turn out as adults? This is a difficult question to answer, but new research attempts to shed some light on how an individual’s experiences with their caregivers early in life may shape their future parenting techniques with their own children. It has also been reported that gene-by-environment (GxE) interactions (a combination of nature and nurture) can influence parenting quality. In fact, some parents are more susceptible to low parenting quality and more likely to repeat it than others. Identifying interactions between early parenting quality and genetics in predicting parenting quality in future generations may help to identify those individuals who are more likely to transmit low parenting quality over generations.

Genes related to the oxytocin system are of special interest for research focused on parenting behavior. Oxytocin is a social hormone and neurotransmitter released during important bonding moments, such as sex, childbirth, and breastfeeding. Previous research has shown that several single-nucleotide polymorphisms (SNPs) in the oxytocin receptor gene (OXTR), including rs1042778, rs2254298, and rs53576, have been associated with sensitive parenting, maternal warmth and positive parenting. Some studies have also highlighted the role of the rs3796863 polymorphism of the CD38 gene in sensitive parenting. Furthermore, oxytocin has previously been suggested in the transmission of maternal behavior. However, studies conducted to date relied on retrospective measures of early care quality and had relatively small sample sizes. Therefore, larger, population-based samples with prospective measures of parenting qualities in multiple generations are required to understand the moderating role of oxytocinergic genes in the transmission of parenting quality.

In this study, researchers hypothesized that children with specific alleles who experienced a warm and supportive relationship with their mothers early in life will build a positive and supportive relationship with their own children when they become parents themselves. Data are from the prospective Young Finns cohort study, in which individuals were followed over 34 years across three generations (G1, G2, G3). G1 mothers reported parent–child relationship qualities towards their children (G2) in 1980 when the study first began. After 28–32 (between 2008 and 2012) years, when many G2 participants had become parents themselves, they reported self-perceived qualities of the parent-child relationships with their children (G3) using the same questionnaire their mothers used. Three SNPs of the OXTR gene, rs1042778, rs2254298, and rs53576, and the rs3796863 polymorphism of the CD38 gene were selected for genotyping of G2 participants. Results showed that among participants with at least one copy of the A allele (AA/AG genotypes) of rs53576 (OXTR), their mothers’ (G1) emotional warmth was more likely to be practiced by G2 toward their children (G3). Conversely, if mothers (G1) were more cold and distant toward their children (G2), they were more likely to grow up and be cold and distant toward their own children (G3). This association was not seen in individuals with the GG genotype. Additionally, G1 maternal levels of acceptance were associated with similar levels of acceptance among those participants (G2) with the GG/GT genotypes of rs1042778 (OXTR), but not among those with the TT genotype.

Although there are some limitations, such as the use of non-standardized scales to measure the quality of the parent–child relationships, this study demonstrates the role oxytocinergic genes may play in influencing sensitivity to the quality of parent–child relationships. Reproduction of these findings in future studies will strengthen the overall evidence of these associations. Read more about the study here: https://www.ncbi.nlm.nih.gov/pubmed/31202819

Are you interested in learning more about your genetic tendency for intergenerational transmission of parenting qualities? You can login to your Genomelink dashboard to see this new genetic trait.

Photo by CDC on Unsplash