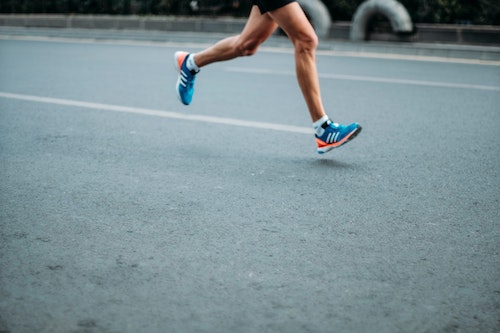 Could your DNA reveal your Marathon Endurance?

Are you interested in learning more about your genetic tendency for running a marathon with a personal best time?
By
Genomelink team
‍

The health and fitness industry has been rapidly growing in the past decade due to increased rates of lifestyle-related diseases and health conscious consumers. Regular workouts are recommended for everyone to sustain healthy skeletal muscle which plays an important role in maintaining your posture, strength, and overall health. Obviously, strong skeletal muscles are necessary for physical movement so it is not a far stretch to assume that muscular architecture may have an impact on sports performance. Skeletal muscle architecture is one of the factors which can influence a person’s marathon running performance. Muscle fascicles are the bundles of skeletal muscle fibers and it has been reported that shorter fascicles are advantageous for elite distance runners because the shorter length contributes to improved mechanical efficiency. To date, however, it remains unclear whether these differences in the muscular architecture of elite runners are the result of adaptations to training or genetic variation.

The titin gene (TTN) encodes the largest described protein to date, which is the third most abundant protein within the myofilament of human striated muscle. Titin provides a molecular blueprint for the assembly and organization of the thin and thick filaments during the generation of new muscular fascicles. In total, there are seven variants of titin within human striated muscle, and each differ in size and elasticity. It has been suggested that the rs10497520 polymorphisms in TTN may contribute to the variability within titin isoform expression in cardiac muscle and it leads to an increase in stroke volume and maximal oxygen consumption (VO2 max). Therefore, if this TTN polymorphism influences titin isoform expression in cardiac muscle as speculated, there exists a distinct possibility that a similar influence is occurring within skeletal muscle tissue.

The researchers in the study hypothesized that the TTN polymorphism would be associated with muscle fascicle length in recreationally active men, and the genotype associated with shorter fascicle length in this population would be overrepresented in trained marathon runners. They found the relationship between genetic polymorphisms in the TTN gene and fascicle length in recreationally active men (RA, n=137) and its contribution to marathon running performance in habitually trained marathon runners (MR, n=141). MR participants comprised of Olympic, international and national level marathon runners and they were primarily recruited from London Marathon competitors at the London Marathon Expos during 2013-2015 and regional athletics clubs. Fascicle length of the vastus lateralis (the largest and most powerful muscle in the upper thigh) was assessed in RA participants using ultrasound technology. When all participants’ DNA were genotyped, it was found that the length of the vastus lateralis fascicle was longer in RA participants with the CC genotype than in those with the CT genotype. No differences in genotype frequency between the RA and MR groups were observed, although within the MR group the T-allele carriers demonstrated marathon personal best times that averaged 2 minutes and 25 seconds faster than CC homozygotes. These results suggest that the T-allele at rs10497520 in the TTN gene is associated with shorter skeletal muscle fascicle length which require less energy to produce a given force, therefore it conveys an advantage for marathon running performance in habitually trained men.

In the absence of any TT homozygotes in the RA group, reflective of the low T-allele frequency within Caucasian populations, it is unclear if fascicle length for this group would have been smaller still. Furthermore, it remains unclear whether marathon personal best time was enhanced in the MR T-allele carriers as a consequence of possessing a shorter fascicle length, as this was not directly measured in the MR group. Even though there are these imitations, this is the first report of genetic influence on human skeletal muscle architecture. Read more about the study here:
https://www.ncbi.nlm.nih.gov/pubmed/28581678

Are you interested in learning more about your genetic tendency for running a marathon with a personal best time? You can login to your Genomelink dashboard now to see this new genetic trait.

Photo by sporlab on Unsplash