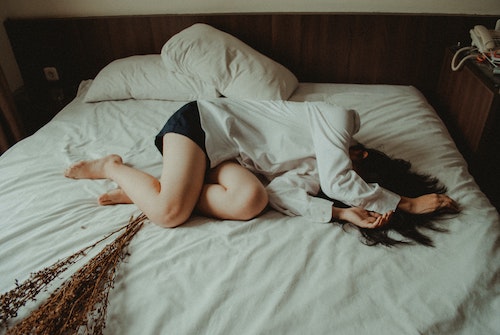 Could your DNA reveal your Multisite Chronic Pain?

Could your DNA reveal your Multisite Chronic Pain? Upload raw DNA data to learn more about yourself and genomics science.
By
Genomelink team
‍

Do you find yourself in pain with no adequate relief

Do you ever find yourself in pain with no adequate relief? You’re not alone. Chronic pain, defined as pain lasting longer than 3 months, is a significant socioeconomic and public health burden around the world. In fact, pain disorders are often experienced together with psychiatric and neurodevelopmental disorders, such as major depressive disorder (MDD). Several other factors have been linked to chronic pain, including sleep quality, obesity, immunity, and conditions of the nervous system. Most recently, the results of a genome-wide association study (GWAS) indicate there may be some important genetic influences on an individual’s experience of multisite chronic pain.

Multisite chronic pain (MCP) is a condition in which chronic pain is experienced in multiple regions throughout the body. It is a complex trait with moderate heritability; however, the underlying mechanisms are not fully understood. In an effort to better understand this condition, genetic researchers evaluated various potential genes involved through a GWAS conducted through data available in the UK Biobank. For this research, MCP was defined as the sum of body sites at which chronic pain (pain with at least 3 months duration) was recorded at 0 to 7 sites. Those who answered that they had chronic pain ‘all over the body’ were excluded as there is some evidence that this widespread pain can be substantially different from more localized chronic pain. They also assessed how the tested genetic variations were correlated with a range of other diseases and traits.

In total, researchers identified 76 significant SNPs associated with MCP across 39 risk loci. They found that chronic pain was associated with several genes involved in brain function and development. For example, one of the MCP-related SNPs, rs6478241, located near the Astrotactin 2 (ASTN2) gene, which is involved in glial-guided neuronal migration during the development of cortical mammalian brain regions. It is also reported that ASTN2 may be associated with migraines. Researchers also demonstrated that MDD could act as a causal mechanism the development of MCP through the use of Mendelian randomisation analyses.
One of the major limitations of this study was the self-reported data collected on MCP. Nevertheless, the results of this study are very robust because of the large study population, which allowed for sufficient power to detect the genetic variations associated with MCP. In this study, substantial genetic correlations with a range of psychiatric, personality, autoimmune, anthropometric and circadian traits were successfully identified. If you would like to learn more about these recent genetic findings, you read the full publication here: https://www.ncbi.nlm.nih.gov/pubmed/31194737

Are you interested in learning more about your genetic tendency of developing multisite chronic pain? Login to your Genomelink dashboard now to see this new genetic trait.

Photo by Yuris Alhumaydy on Unsplash