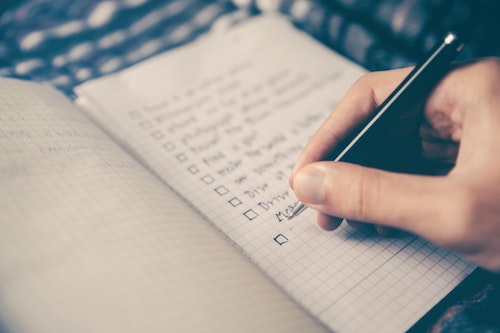 Learn About Your Genetic Tendency To Be A Non-Planner

Could your DNA reveal your Non Planner? Upload raw DNA data to learn more about yourself and genomics science.
By
Genomelink team
‍

Impulsivity is influenced by genetic factors

Are you the type of person to spontaneously do something new or out of the ordinary, or do you prefer to have a well-formulated plan? Non-planning is one of the important factors of impulsivity which has been reported to be linked with other psychiatric symptoms of high epidemiological relevance. Similar to other personality traits, impulsivity is influenced by genetic factors and heritability of impulsivity has been determined to be around 45%.

Several studies have evaluated a possible association between scores of impulsivity scales and variations in genes involved in the dopaminergic system and the serotonergic system. Recently, the SNAP25 (synaptosome associated protein 25) gene has been suggested to be an additional candidate gene influencing the interindividual differences in human psychological traits and behavior. The SNAP25 gene contains several single nucleotide polymorphisms (SNPs) which have been associated with different psychiatric disorders. One of those SNPs is rs3746544 and a recent functional study found that a change from a T allele to a G allele increases the amount of generated protein by altering the binding site for the microRNA miR-641 in the 3′ untranslated region (3′UTR) of the SNAP25 gene.

The aim of this study was to test the hypothesis that a functional SNP in the synaptic SNAP25 gene could be associated with impulsivity scores in a sample of young Colombian subjects. The rs3746544 genotyping was performed in a total of 175 participants. All participants completed the Spanish version of the short form of the Barratt Impulsiveness Scale (BIS-15S) which consists of three sub-factors: Motor Impulsivity, Non-planning, and Attention Impulsivity. Although the total score of BIS-15S, motor impulsivity and attention impulsivity sub-factors did not show any statistical significance between genotypes, subjects carrying T/T and G/G genotypes had lower mean scores than T/G carriers in the non-planning subscale.

This is the first report of an association of a functional SNP in the SNAP25 gene and a subfactor of the BIS-15S scale of impulsivity. In addition, this is the first genetic study of impulsivity scores in a Latin American sample. One of the limitations of this study was the relatively small sample size for human genetics research. Future studies should explore additional variants in brain-expressed microRNAs and in their binding sites as candidates for impulsivity in different populations. Read more about the study here:
https://pubmed.ncbi.nlm.nih.gov/32154047/

Are you interested in learning more about your genetic tendency to be a non-planner? You can log in to your Genomelink TRAITS to see this new genetic trait!

Photo by Glenn Carstens-Peters on Unsplash