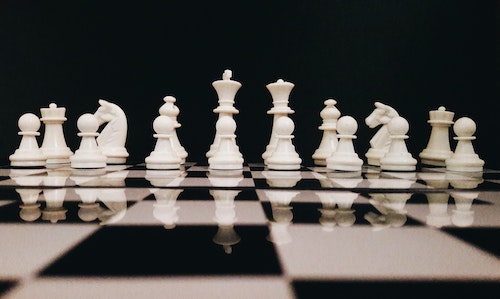 Could your DNA reveal your Performance Intelligence? Upload raw DNA data to learn more about yourself and genomics science.
By
Genomelink team
‍

How Is The Performance Intelligence Gene Explained?

Charles Darwin, a well-known evolutionary biologist wrote, “It is not the strongest of the species that survives, nor the most intelligent, but the one most responsive to change.” Despite this assertion, human intelligence is a hot topic among people of all ages and presents an intriguing topic to research. Intelligence is one of the most heritable traits in humans, with heritability estimates ranging from 25 to 40% in early childhood and up to 80% in adulthood.

Several studies have demonstrated that the hippocampus plays a central role in learning and memory. It has been reported that damage to the hippocampus selectively impairs the ability to learn and remember. The synaptosomal-associated protein of the 25 kDa (SNAP-25) gene lies in an area that has previously been suggested as an important link to intelligence and is highly expressed by neurons in the hippocampus. The SNAP-25 gene, located on chromosome 20p12–12p11.2, encodes a presynaptic terminal protein.

Study Of The Performance Intelligence Gene

In this study, researchers conducted a family-based association study of two independent cohorts of children and adults to investigate whether the SNAP-25 gene plays a role in human intelligence. In total, 12 tag-SNPs were selected for genotyping. In the young cohort, cognitive ability was assessed with the Dutch adaptation of the Wechsler Intelligence Scale for Children-Revised and consisted of four verbal subtests (similarities, vocabulary, arithmetic and digit span) and two performance subtests (block design and object assembly). In the adult cohort, the Dutch adaptation of the Wechsler Adult Intelligence Scale III-Revised assessed IQ and consisted of four verbal subtests (information, similarities, vocabulary, and arithmetic) and four performance subtests (picture completion, block design, matrix reasoning, and digit-symbol substitution). The results showed that the G allele of rs363039 was significantly associated with higher performance IQ in the young cohort (N=381) and in the combined analysis of the young and adult cohorts (N=652). In the combined analysis, rs363039 also showed significant associations in both verbal IQ and full-scale IQ in the same direction of effect.

The SNP rs363039 was tagged in the 5’UTR region of SNAP-25 gene in this study and the researchers suggested that the genetic variants lying within this non-coding region might be regulating protein expression. These variants may influence regulatory binding sites, which in turn may modify gene expression and consequently neurotransmitter release regulation. A complex mechanism of subtle changes in the fine-tuning at the neurotransmitter release machinery level, as well as in the interaction between neurotransmitter receptor subtypes may affect the individual differences in memory and learning. Read more about the study here:
https://www.ncbi.nlm.nih.gov/pubmed/16801949

Knowing whether you have an intelligence genome can be discovered with a full DNA analysis on Genomelink. A DNA testing kit can provide comprehensive genetic DNA testing results that may shed some light onto how you’ve been able to learn and memorize things in the past and the future.

Are you interested in learning more about your genetic tendency for performance intelligence? You can log in to your Genomelink dashboard to see this new genetic trait.

Study Of The Performance Intelligence Gene

‍Photo by sk on Unsplash