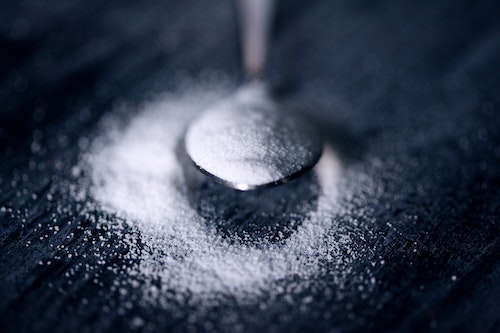 Could your DNA reveal your Placebo Effect? Upload raw DNA data to learn more about yourself and genomics science.
By
Genomelink team
‍

Can your DNA reveal your Placebo Effect?

Have you ever heard of a placebo? Sometimes called a “sugar pill” or “fake medicine,” a placebo is a capsule, a tablet, or anything that seems to be a real medicine, but has no real medicinal quality. In clinical research, scientists can evaluate how well a new medication works by comparing its effects on an illness with the effects of a placebo. Oddly, some people that are given a placebo show improvements in their condition simply because they believe they are receiving medication. This psychological phenomenon is known as the placebo effect, and has been a topic of great interest among researchers. Most recently, a report evaluated whether genetics play a role in the likelihood of someone experiencing this mind-body interaction.

For this publication, researchers investigated the interaction between the single nucleotide polymorphism rs1799971 on the opioid receptor mu 1 (OPRM1) gene, and the chance of experiencing pain relief while receiving a placebo analgesia. They focused on the OPRM1 gene because this receptor has been extensively studied for its analgesic effects and as such have been identified as good drug targets. When opioid receptors bind to stimulants such as opiate compounds, the most powerful analgesic effects occur. In this study, a total of 327 participants were divided into 3 groups: the placebo group received a moisturizing cream with no analgesic effect, the natural history group received no treatment, and the anesthetic cream group received a commonly used local anesthetic cream (this group is not included in the final analysis since it was designed only to assure blinding of the experiment). The participants in the placebo group and anesthetic cream group were told that when the cream is applied it reduces pain. Each participant was exposed to thermal heat pain stimuli and the pain intensity was measured by a computerized visual analogue scale (VAS). When the VAS score was compared with genomic data, participants with AA genotype of the measured OPRM1 gene reported lower pain than G allele carriers, meaning participants with AA genotype experienced stronger placebo effects.

The sample size of this study is much larger than similar experiments on the placebo effect in analgesia, thus the implications of these results are more robust. Importantly, the placebo analgesic response is usually evaluated by self-reported pain (VAS) just like in this study. Researchers evaluated other genes but found no significant results besides the OPRM1 gene, indicating that this placebo response is complex and likely influenced by factors other than genetics, such as psychological factors and personality. However, such factors do not necessarily capture the variability in states that influence the individual placebo effect. Therefore, researchers suggest that genetic factors, which are stable, should be included in experiments to predict placebo effects of pain management. Since this research was conducted in a relatively similar study population of Caucasians, additional studies in this field are needed to assess these effects in a wide range of populations. If you would like to learn more about the new genetic findings, you can read the full article here: https://www.ncbi.nlm.nih.gov/pubmed/30130297

Are you interested in learning more about how your genes might impact your response to a placebo? You can login to your Genomelink dashboard to see this trait now.

Photo by Sharon McCutcheon on Unsplash