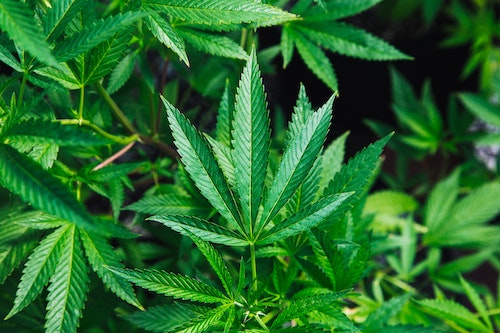 Could your DNA reveal your Post-Cannabis Munchies?

Curious to know what your genes say about this newly discovered trait? Log in to your Genomelink dashboard now to find out!
By
Genomelink team
‍

know what your genes say about this newly discovered trait

Most people have heard about the ‘munchies.’ Hey, if you have experimented with or regularly use marijuana, you may have very well have experience with these post-smoke snack cravings. But why do they happen and can your genes play a role? New research might lead to some of these answers.

What’s behind the munchies, anyway? There are two active ingredients in marijuana that react with the body’s endocannabinoid system: tetrahydrocannabinol (THC) which is responsible for the hallucinogenic properties and feeling high, and cannabidiol (CBD) which is not fully understood but tends to have opposite effects on the body than THC. It has been demonstrated that THC is an appetite stimulant, while CBD is an appetite suppressant, meaning the use of strains high in THC concentration is more likely to lead to those infamous munchies.

And what role do your genes play in getting the munchies? Well, researchers recently collected DNA samples of recreational marijuana users to evaluate the connection between certain gene variants and traits that may affect craving for both cannabis and food stimuli after use. Participants were placed in one of four different test groups (placebo, THC, CBD and THC+CBD) and were asked to complete several tasks after receiving a dose of their test drug or placebo. One of these tasks involved testing attentional bias (the tendency for perception to be affected by current thoughts) by testing reaction time to both food and marijuana stimuli. Researchers explained a higher attentional bias could indicate craving the stimuli, while a lower bias score could indicate a lack of craving.

When the results of this activity were compared to the single nucleotide polymorphisms (SNPs) tested, researchers found an interesting result. Attentional bias for both stimuli was significantly higher among the participants identified as having 2 copies of the C allele (referred to in the paper as homozygous CC) of the rs806738 SNP (a region of the CNR1 gene which is responsible for the cannabinoid receptor CB1). Although this effect was similar among all test groups, it may indicate that CC carriers are more likely to get the munchies, regardless of whether or not they use cannabis.

One of the major limitations of this study is that the researchers did not provide results that separated the attentional bias by stimuli, so it is impossible to make assumptions about food-only stimuli. Despite this lack of separation, these findings provide a stepping stone for future studies evaluating ways your genes may impact how marijuana use affects your appetite. You can read more about this research here: https://www.ncbi.nlm.nih.gov/pubmed/31013550

Curious to know what your genes say about this newly discovered trait? Log in to your Genomelink dashboard now to find out!

Photo by Rick Proctor on Unsplash