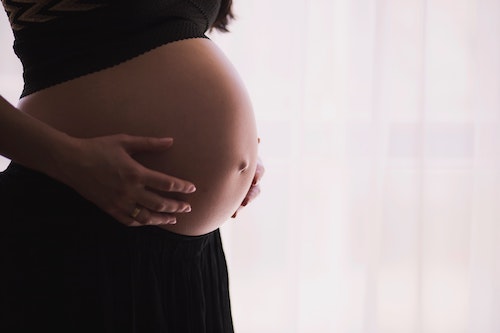 Could your DNA reveal your Pregnancy Rates? Upload raw DNA data to learn more about yourself and genomics science.
By
Genomelink team
‍

Could your DNA reveal your Pregnancy Rates?

Having a baby can be one of the most fulfilling experiences in the world, but unfortunately, not all those who yearn to grow their family are able to become pregnant. It has been reported that nearly 7% of all couples struggle with infertility, a condition that is not rare but can be a serious stressor for those hoping for a baby. There have been many published research reports showing an association between genetics and infertility, some estimating genes are responsible for nearly 50% of all cases.

Hormones play a major role in many of our bodily functions, especially during reproduction. More specifically, sensitivity to the follicle-stimulating hormone (FSH), an important gonadotropin synthesized by the pituitary gland, is associated with high reproductive competence. In the ovary, FSH stimulates follicle growth and maturation leading up to ovulation, while also stimulating the synthesis of estrogen. Alterations in the secretion of FSH can drastically change a woman’s fertility, and scientists believe genetics may play a role in this hormone cycle.

For this publication, researchers examined the association between the genetic variants in FSHR (FSH receptor) gene and reproductive outcomes using the large-scale genotype data set from 3 groups of Mexican mestizo women: 224 women attending a private fertility clinic, a group of 100 Mayan mestizo women, and a subset of 520 women in the SIGMA cohort. The results indicated female carriers of the G allele (Ser680) at SNP rs6166 tended to present lower number of pregnancies than women bearing the AA genotype, when stratified by either < 3 or ≥ 3 the total number of reported pregnancies per woman. This trend was even stronger among women with Native American ancestry, a group that was analyzed separately (N=184).

According to previously reported in vitro studies, the lower pregnancy outcome might be due to the decreased sensitivity to FSH and the failure of the slight to moderate elevations in hormone levels to compensate for the abnormal function of the variant. This effect was especially pronounced in young women, as suggested by the longer menstrual cycle length in women homozygous for the G allele. The association between women with the G allele and decreased pregnancies persisted even after the participants were stratified based on Native American/European ancestry. This robust correlation suggests that the effect of the FSHR G variant on reproductive potential results from altered hormone receptor function, rather than its interaction with other ethnically-related SNPs implicated in infertility.

The major limitation of this study is that it focused on Hispanic mestizo populations, in which the frequency of the GG genotype at rs6166 is the lowest reported so far. Despite this limitation, similar results have been seen in other populations, and future research can evaluate this effect in additional ethnic groups. Based on this research, there is a strong link between the GG genotype of the rs6166 variant and a woman’s reproductive potential. If you would like to learn more about the most recent genetic findings on pregnancy rates, you can read the full article here: https://www.ncbi.nlm.nih.gov/pubmed/30340493

Are you interested in learning more about how your genes might impact on pregnancy rates?
You can login to your Genomelink dashboard to see this trait.

Photo by freestocks on Unsplash