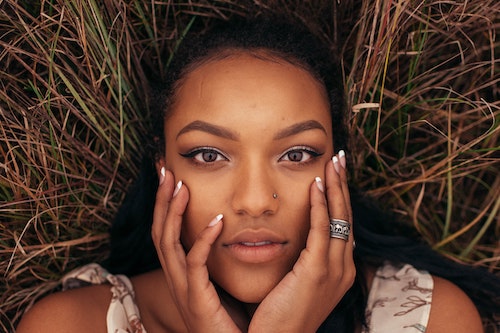 Could your DNA reveal your Rosacea Symptom Severity?

Could your DNA reveal your Rosacea Symptom Severity? Upload raw DNA data to learn more about yourself and genomics science.
By
Genomelink team
‍

Facial skin problems are often a burden for patients not only because of the itchiness and dryness but also from the aesthetic point of view. Rosacea is a long-term skin condition that is often characterized by redness and visible blood vessels in the face. The condition is common in the general population and over 16 million Americans are reported to be affected with rosacea. Studies have suggested that symptoms may occur three times more often in women than in men. Additionally, women are more likely to experience symptoms on their cheeks and chin, while men are more likely to experience severe symptoms and are more commonly affected on their nose.

The exact pathogenesis of rosacea is unknown, but dysregulation of the innate and adaptive immune system, overgrowth of commensal skin organisms and abnormal neurovascular signaling may all play a role. Twin studies have demonstrated that genetics may contribute to rosacea incidence and severity, but only one genome-wide scan has been performed to date. The study identified an association between rosacea risk and a single nucleotide polymorphism (SNP) in the human leukocyte antigen (HLA) region located between HLA-DRA and BTNL2, which supported the concept of an inflammatory genetic component to rosacea. However, the study’s sample size was limited to 22,952 individuals and did not investigate rosacea symptom severity. The absence of animal models further emphasizes the need to conduct translational and genetics research to dissect molecular pathways that can be therapeutically targeted.

In the study, researchers performed a genome-wide association study (GWAS) of rosacea symptom severity with a large set of data from 73,265 research participants of European ancestry. Rosacea symptom severity was evaluated using a composite 32-point score derived from survey questions about rosacea-related facial, nose and ocular symptoms. Although the number of men and women with symptoms of any severity is similar, the number of women reporting rosacea-like symptoms increases to three times that of men as the score increases. Higher scores were observed for women compared to men, and in the older age groups (>45 years) as compared to the 30–45 year-old age category. The GWAS result showed that seven loci had variants associated with rosacea at the genome-wide significance level. Of the seven loci, two had previously been genetically associated with skin phenotypes and pigmentation (SLC45A2 and HERC2-OCA2). The variant rs16891982 in the solute carrier family 45 member 2 gene (SLC45A2), which encodes a transporter protein that mediates melanin synthesis, demonstrated an association between the G allele and increased symptom severity. The variant rs1129038, located in the HERC2 gene and upstream of OCA2, is part of a haplotype block that predicts eye color. Having a copy of the minor allele (T) was found to be significantly associated with increased rosacea symptom severity. Furthermore, results showed that having a copy of the T allele of the index SNP rs12203592 in the intronic region of the interferon regulatory factor 4 (IRF4) gene was strongly associated with rosacea symptom severity. IRF4 has been associated with skin, eye and hair color, and plays a critical role in the development of inflammation. In addition, the A allele of rs3129843, located between major histocompatibility complex, class II, DR alpha (HLA-DRA) and butyrophilin like 2 (BTNL2), was associated with rosacea symptom severity.

This large study of rosacea symptom severity represents the first genome-wide study of this phenotype. Together, these loci provide genetic insight into underlying disease processes in rosacea as a combination of skin type and susceptibility to inflammation. Further work will be needed to identify and replicate causal variants within associated loci and to assess functional variants identified as possible therapeutic targets. Read more about the study here:
https://www.ncbi.nlm.nih.gov/pubmed/29771307

Are you interested in learning more about your genetic tendency to experience severe rosacea symptoms? You can log in to your Genomelink dashboard now to see this new genetic trait.

Photo by Noah Buscher on Unsplash