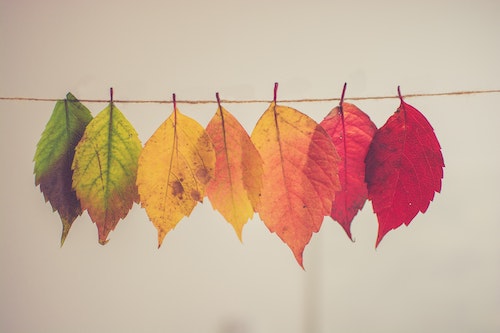 Could your DNA reveal your Seasonal Mood Swings? Upload raw DNA data to learn more about yourself and genomics science.
By
Genomelink team
‍

you feel a bit down during the winter?

Have you noticed that you feel a bit down during the winter? Maybe you feel more exhausted when it gets dark by 5pm. Some people have a tendency to undergo extreme mood and behavioral changes during the winter months when the sun goes down earlier and days are much shorter. The most common signs and symptoms include becoming depressed in autumn or winter and then coming out of the depression spontaneously in spring or summer, an increased craving for carbohydrates, or experiencing prominent fatigue during winter depressive episodes. These changes in mood and behavior affect not only certain groups of people, but many people within the general population with varying degrees of severity.

Circadian rhythms have been extensively studied for decades to better understand the pathophysiology of this sad condition. Lewy and his colleagues (1988) suggested that seasonal depression occurs when intrinsic circadian rhythms are phase delayed relative to the external clock, sleep-wake cycle, or both. The endogenous circadian rhythm is generated by a series of networks involving transcriptional-translational feedback loops that give a rhythmic expression pattern to clock genes such as the circadian locomotor output cycles kaput (CLOCK) gene and the brain and muscle Arnt-like (BMAL1 or ARNTL) gene.

In this study, researchers investigated genetic polymorphisms in three key circadian clock genes, including the CLOCK and ARNTL genes, as they relate to seasonal mood and behavior variations in 507 healthy, young Korean adults. Candidate SNPs were selected based on previous association studies and minor allele frequencies in Asian populations. Seasonal variations in sleep length, social activity, mood, weight, appetite, and energy levels were assessed with the Seasonality Pattern Assessment Questionnaire. In total, 12% of participants described themselves as seasonals (winter-type 9.3%, summer-type 2.8%). For more accurate analysis, participants with the summer-type seasonality were excluded, as the biological basis of summer-type seasonality differs from that of the winter-type. Individuals with summer-type seasonality, which has a relatively high prevalence in Asian populations, are more likely to experience agitation, insomnia, decreased appetite, weight loss, and intolerance of heat and humidity, which are contrary to the symptoms of winter-type seasonality. When the genotype distribution in the CLOCK gene was compared between seasonals and non-seasonals, the T allele of rs1801260 was significantly more frequent in seasonals. In addition, global seasonality score (GSS) was significantly higher in participants harboring at least one copy of the T allele. These results held true with two subscales of GSS, body weight, and appetite, with all of these traits showing similar tendencies for seasonal mood swings. The rs1801260 SNP of the CLOCK gene has previously been associated with a higher recurrence rate of bipolar episodes and diurnal preference, metabolic syndrome, and obesity.

In conclusion, this study is the first to reveal an association between the CLOCK gene and seasonal variations in mood and behavior in a Korean population. Although the results failed to confirm the previous findings of an association between seasonality and the other two genes evaluated, these genes may influence seasonal variations in metabolic factors such as body weight and appetite. Read more about the study here: https://www.ncbi.nlm.nih.gov/pubmed/26134245

Would you like to learn more about your genetic tendency to go through mood and behavioral changes in the winter? You can login to your Genomelink dashboard to see this new genetic trait.

Photo by Chris Lawton on Unsplash