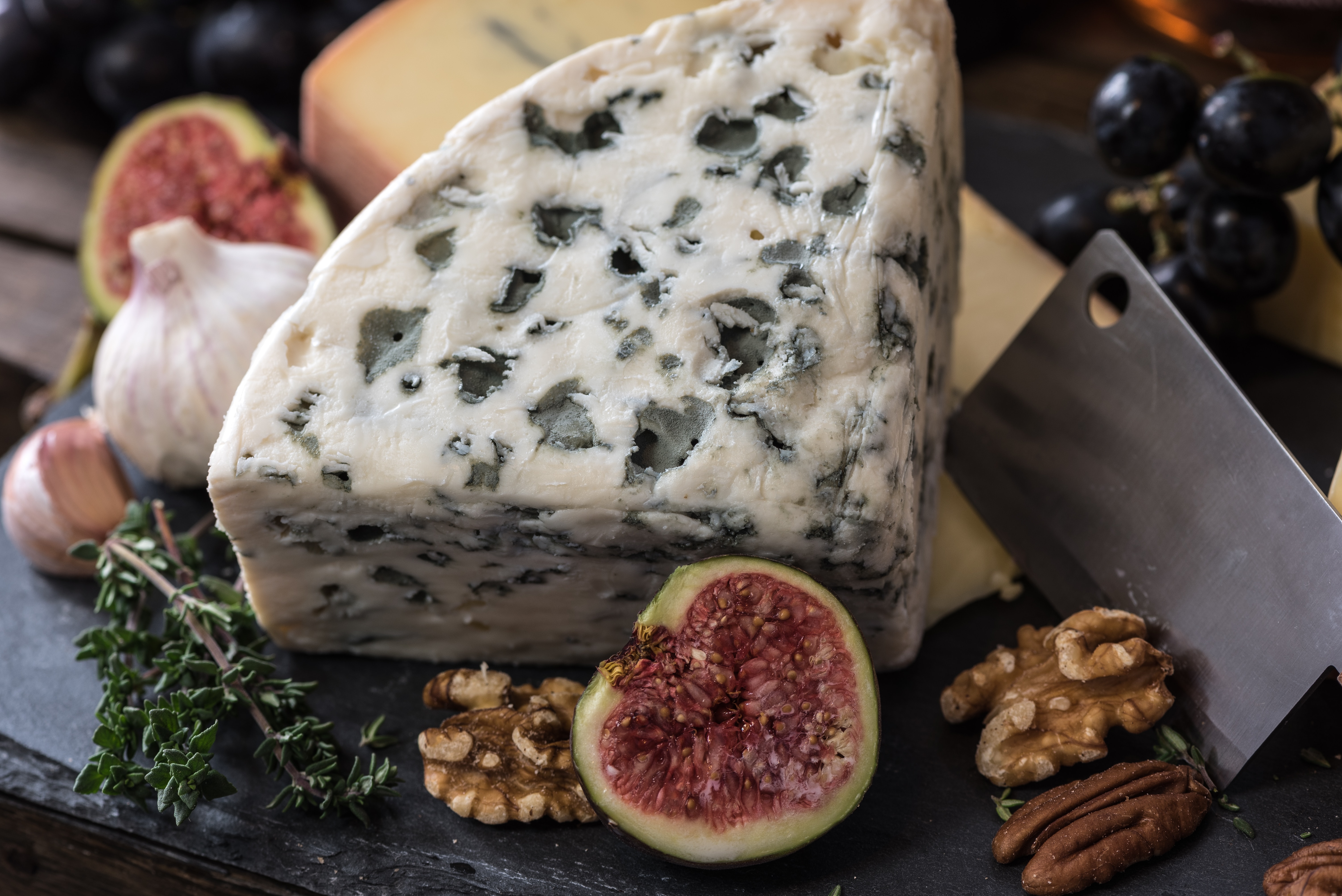 Could your DNA reveal your Sensitivity to Blue Cheese Aroma? Upload raw DNA data to learn more about yourself and genomics science.
By
Genomelink team
‍

Is your nose sensitive to blue cheese odors?

Is Your Nose Sensitive To Blue Cheese Odors Or Not?

Anyone who has enjoyed or simply examined blue cheese might have a ton of questions about it.  Some ofthose common questions include:

Fun fact: the blue stuff on blue cheese is actually mold. Yes, you've been eating moldy cheese this whole time. (Don't worry, it's safe.) Apart from the color, people who have had blue cheese know that it has a very distinctive smell.

Our ability to smell scents has been shown to be genetically influenced, with previous research showing an association between sensitivity to certain odors and gene variants near olfactory receptor genes. Olfactory receptors, which allow our bodies to detect odorants, are critical components in an individual's sense of smell. The blue cheese smell actually is a result of a compound called 2-heptanone, meaning that our sensitivity to the smell of blue cheese is directly tied to our perception or detection of 2-heptanone.

In a 2013 genome-wide association study, investigators examined unrelated Caucasian adults (aged 20 to 50) to examine the threshold levels at which the participants can smell 2-heptanone. They discovered that the ability to detect 2-heptanone is associated with a specific gene locus found on Chromosome 3. Consistent with previous research related to olfactory perception, the identified region is within a cluster of 18 olfactory receptors. Interestingly, 7 of these olfactory receptors are predicted to be 'pseudogenes', which are essentially imperfect copies of 'real' or complete genes. To add to this, this finding was validated in another population consisting of Southeast Asian individuals, suggesting that the patterns observed may be applicable to other populations. On top of this, when the researchers looked at the available information on the distributions of gene variants in different populations around the world, they found that sensitivities to odors did not systematically differ across cultures. This seems to suggest that a differential ability to perceive odors is not a major driver for differences in the types of cuisine we see around the world (and does not explain why some populations consume more blue cheese, for example). To learn more, read the full study here: https://www.ncbi.nlm.nih.gov/pubmed/23910658