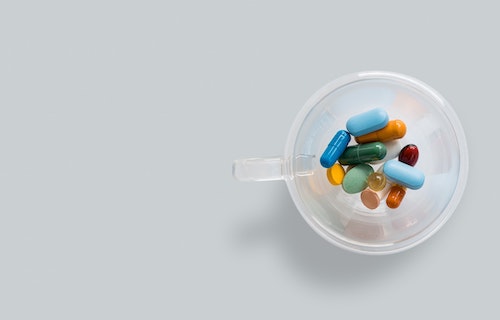 Could your DNA reveal your Serum Coenzyme Q10 Levels

Coenzyme Q10 (CoQ10) is a highly popular supplement especially for beauty-conscious women because it works as a strong antioxidant.
By
Genomelink team
‍

why do people feel the need to take CoQ10?

Coenzyme Q10 (CoQ10) is a highly popular supplement especially for beauty-conscious women because it works as a strong antioxidant. CoQ10 is naturally produced in our body and is present in nearly every cell in our body. Then why do people feel the need to take CoQ10? This is because unfortunately, the level of CoQ10 produced naturally tends to decrease as we age. Meat, fish, and whole grains also provide CoQ10 but the amounts present in these foods are not sufficient to increase CoQ10 levels in our body. It has been found that people with certain conditions, such as heart disease, are more likely to have lower levels of CoQ10, and the use of this supplement has been shown to improve symptoms.

CoQ10 is also essential for the electron transport chain, an important cycle in cellular respiration, making it significant in cellular energy production. In addition, CoQ10 plays an important role in pyrimidine biosynthesis and is necessary for the proper functioning of uncoupling proteins.

Due to the importance of CoQ10 in several basic cellular functions, researchers performed a meta-analysis of two independent cross-sectional Northern German cohorts, FoCus and PopGen, to identify common genetic variants influencing serum CoQ10 levels. This study included a total of 1,300 participants with a mean age of about 53 years. The top 10 associated variants in the meta-analysis included rs686030 in the tetratricopeptide repeat protein 39B gene (TTC39B) and rs12480807 in the hepatocyte nuclear factor 4 alpha gene (HNF4A). CoQ10 biosynthesis takes place in a complex of proteins with lots of protein–protein interactions, and since the TTC39 gene is known to be involved in these types of interactions, it is possible that a disruption of this process by TTC39 can influence CoQ10 biosynthesis. Whereas, the HNF4A gene encodes a transcription factor that regulates metabolic genes and has been related to diabetes mellitus. In addition, rs17769758 in the PRMT8 gene, rs7141874 in the MIR4708/FUT8, and rs898838 in the MSGN1/KCNS3 showed associations with CoQ10 serum levels.

In summary, this study demonstrates that serum CoQ10 levels are associated with common genetic loci that have been linked to neuronal diseases. Read more about the study here: https://www.ncbi.nlm.nih.gov/pubmed/27149984

Are you interested in learning more about your genetic tendency for differing serum coenzyme Q10 levels? You can login to your Genomelink dashboard to see this new genetic trait.

Photo by Adam Nieścioruk on Unsplash