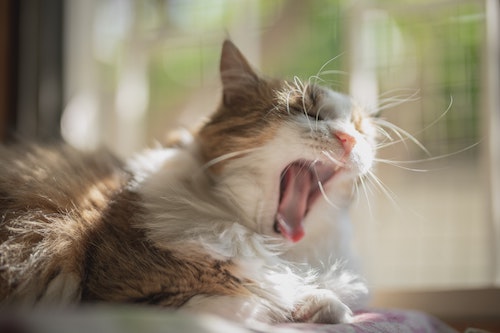 Could your DNA reveal your Snoring? DNA Genetic Testing

Could your DNA reveal your Snoring? Upload raw DNA data to learn more about yourself and genomics science.
By
Genomelink team
‍

Does friend complain about your snoring?

Does your partner or a close relative or friend complain about your snoring? Habitual snoring is common in the population, its overall prevalence increases with age and is higher in males than females. Snoring is the vibration of the upper airway structures that occurs during sleep and creates noise as the air passes in and out while breathing. It may lead to reduced sleep quality for both snorers and their sleeping partners, reducing energy/vitality and increasing daytime anxiety, risk of depression, stress, fatigue and sleepiness. Although its wide prevalence, the etiology of snoring has been largely understudied.

Twin and family studies have demonstrated the existence of a genetic predisposition to habitual snoring, with heritability estimates suggesting that 18–28% of the variance can be accounted for by genetic factors. A proportion of its heritability may be mediated through other heritable lifestyle factors such as smoking and alcohol consumption, which can also contribute to snoring. Here, researchers performed a genome-wide association study (GWAS) of snoring to identify the genetic variants related to snoring.

In this study, data of 408,317 individuals from the UK Biobank were used. 37% of the participants were defined as snoring cases (snorers) based on their report that a partner or housemate had complained to the participant about their snoring. Snoring was significantly associated with age and males were more prone to snore than females. Overall, snoring prevalence was higher in males than in females, having a strong and positive correlation with BMI, tobacco smoking and alcohol consumption in both sexes.
In addition, tobacco smoking displayed a stronger association with snoring in females compared with males. After quality control,127 independent genome-wide significant associations across 41 genomic risk loci including rs947612 in the Potassium Voltage-Gated Channel Subfamily Q Member 5 (KCNQ5) gene were found. The substitution of A allele with G allele of rs947612 showed the tendency to increase snoring. In addition, further analysis revealed that those snoring genes were associated with other traits such as cardiometabolic traits and respiratory function. It was also shown that the high genetic correlation between snoring and snoring adjusted with BMI meaning that eliminating the effect of BMI, supports the idea that the genetic architecture of snoring cannot be explained simply by BMI.

As described above, tobacco smoking displayed a stronger association with snoring in females compared with males in the study. Previous studies provided evidence that women might have a greater susceptibility to chronic obstructive pulmonary disease after smoking and greater bronchial
hyperresponsiveness after methacholine challenge. These results suggest that smoking might be associated with snoring through an increased inflammatory response and irritation of the airways, thus having a larger effect size on females, compared with males. Conversely, our study indicates that the frequency of alcohol consumption has a stronger influence on snoring in males compared with that in females. The results strengthen the evidence pointing to alcohol as a risk factor for snoring and sleep apnoea, potentially through a weakening muscle (relaxation) effect in the jaw and pharyngeal.   Read more about the study here: https://www.ncbi.nlm.nih.gov/pubmed/32060260

Are you interested in learning more about your genetic tendency for snoring? You can log in to your Genomelink dashboard to see this new genetic trait.

Photo by Sebastian Latorre on Unsplash