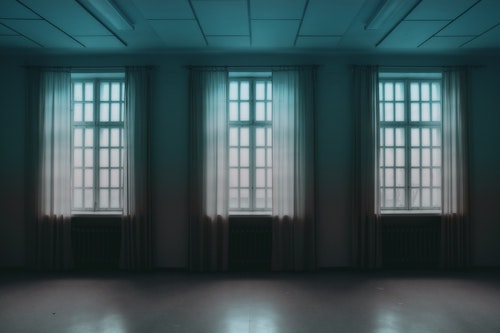 How your genes impact your spatial attention abilities?

Could your DNA reveal your Spatial Attention? Upload raw DNA data to learn more about yourself and genomics science.
By
Genomelink team
‍

It has happened to everyone. You might be peacefully sitting on the couch, when out of the corner of your eye, you see that spider crawling on the bookshelf right next to you! You jump back, scream, maybe reach for the closest thing to squash it with, or trap it under a glass for someone else to handle later. But what was it that even allowed you to notice such a slight movement like that? The eyes take in millions of stimuli every second, and it’s the brain’s job to sort out which ones are important and which are not, a skill known as selective attention. New research in infants suggests this important skill may be influenced by your genes.

Spatial orienting is a measurable response to objects detected by the eyes: that spider scurries across the bookshelf, your eyes move almost simultaneously and automatically toward the movement. You probably don’t remember learning how to do this, because this response is deeply embedded in your brain and develops over the first year of life when your brain is most sponge-like. In fact, acquiring this skill early in life is crucial for the development of more complex cognitive skills and has been shown to be disrupted in neurodevelopmental disorders, such as attention-deficit/hyperactivity disorder (ADHD), schizophrenia, and autism spectrum disorder (ASD). Previous research has suggested that the underlying mechanisms of these disorders are associated with genetic polymorphisms.

The spatial cueing task (also called the Posner cueing task) is often used to evaluate spatial orienting in the field of cognitive science. This is especially true of infant researchers that use this task to identify developmental changes in attention orienting during the first year of life. Using the spatial cueing task, researchers examined the relationship between normative genetic polymorphisms (SNP) and attention orienting in 88 infants (mean age of 7 months old). In this task, attention is engaged at a central location on an LCD screen while a peripheral cue (yellow ring) appears either to the left or right. After a brief delay is imposed, a target image (green hearts) is subsequently presented in either the cued or noncued location. The infants’ eye movements were monitored to record when they were looking at the screen (center, left, or right) and away from the screen.

The timing of the cue-to-target delay is critical, as varying this delay can elicit different orienting responses. Results showed that a SNP rs4680 located on the COMT gene (an important factor in dopamine signaling in the prefrontal cortex) is related to the ability to control attention. Infants with the Met/Met genotype demonstrated slower response to the target compared with infants carrying at least one copy of the Val variant. This association between COMT polymorphisms and attention orienting has also been confirmed by two studies conducted in adults. In other words, this study adds to the body of evidence suggesting an interaction between dopamine-related polymorphisms and individual differences in spatial attention skills. You can learn more about this research and check out all of the findings here: https://www.ncbi.nlm.nih.gov/pubmed/23731290

Are you interested in learning more about how your genes might impact your spatial attention abilities? You can login to your Genomelink dashboard to see this new genetic trait.

Photo by Hans Eiskonen on Unsplash