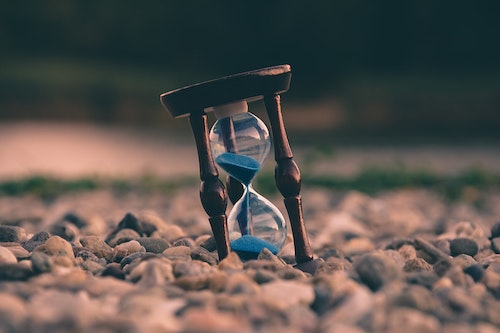 How Your Genes Might Impact Your Perception Of Time?

Could your DNA reveal your Time Perception? Upload raw DNA data to learn more about yourself and genomics science.
By
Genomelink team
‍

”Time flies when you're having fun."

But why is it that time really seems to go faster when you are having fun? Time perception is a person’s time sense or psychological time, meaning the subjective feeling of the passage of time. The study of time perception goes way back and it has been well-established that a person who lives with mostly positive emotions feel that subjective time duration is shorter than others who tend to have negative emotions. But what exactly makes this perception of time vary from one individual to the next? New research suggests your genetic profile may play a role.

It has been suggested that different neural transmission subsystems play important roles in time perception. Particularly, the dopamine system (DA) and the transmission of serotonin (5-HT) have been associated with time perception and are well-documented. Serotonin plays an important role in emotional regulation and cognitive function in humans. In this report, researchers investigated the relationship between time perception and the polymorphism of the genes related to the activity of serotonin (5-HT).

Time perception in the supra-second range (mean duration 4.8 s) was studied in 44 Russian Caucasian males. The participants were asked to indicate which of the two intervals (t1 or t2) between two stimuli (a gray asterisk) shown in a screen was shorter. Each participant completed 72 trials of the task and the total of the two durations (9.6 seconds) was kept constant. Statistical analyses showed that the 5-HT-activity-related gene, T102C 5HT2a (rs6313), was related to a significant difference in time perception. Participants carrying a T allele have an increased level of 5-HT transmission, and in this experiment, they showed more pronounced ‘subjective shortening’ of elapsed time intervals compared to participants with the CC genotype. Dopamine receptor gene polymorphisms were also analysed, however, no significant interaction was observed in the study.

In this study, participants were all men, however, a similar association of the 5-HT-related genes with time perception has also been observed in women. Therefore, the researchers suggest that the pattern of results seen here can be representative of both men and women. These results suggest the activity of 5-HT in the brain has an impact on overall time perception. If you would like to read about all of the results, you can access the full article here: https://www.ncbi.nlm.nih.gov/pubmed/20862259

Are you interested in learning more about how your genes might impact your perception of time?
You can login to your Genomelink dashboard to see this trait.

Photo by Aron Visuals on Unsplash