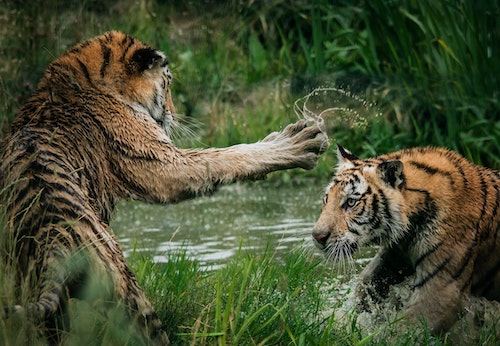 Could your DNA reveal your Vengefulness? Upload raw DNA data to learn more about yourself and genomics science.
By
Genomelink team
‍

Genetic tendency to react to a transgressor with vengeance

How do you usually react to others' offensive behavior? You may sometimes be vengeful, and other times try to avoid a transgressor. People react to a transgression differently. Even more, certain groups of people feel better and satisfied after a vengeful act. However, thoughts of revenge are not abnormal as acts of revenge are reported across the globe and vengefulness is an identifiable personality trait that has already been investigated in various cultures.

Previous quantitative genetic studies have revealed that individual differences in reactive aggression, the reaction to unfair offers such as punishing an opponent for an unfair offer, and aggressive personality are highly heritable. Therefore, variance in trait vengefulness might be explained partly by genetic background. In addition, several studies have investigated the neurobiological and genetic basis of taking revenge in laboratory settings. In these studies, the dopaminergic reward system appears to be particularly important since punishing others for unfair behavior (which can be seen as a kind of revenge taking) was associated with activation in some brain areas known to be associated with reward processing. It is widely known that the brain reward system is modulated by dopaminergic pathways.

One of the candidate genes related to trait vengefulness is the Catechol-O-Methyltransferase (COMT)  which is involved in dopamine catabolization. In addition, those who carried at least one copy of an A allele of the Val158Met polymorphism (rs4680) in COMT showed the tendency to have higher reward responsiveness compared to G homozygotes in a previous punishment trial. In this context, researchers investigated the molecular genetics of individual differences in avoidance and vengeful reactions to transgressions. This study focused on rs4680 in 730 Chinese and 585 German participants and used two different self-reported measures, Chinese and German versions of the TRIM-12 and the Vengeance Scale questionnaires, were implemented to assess individual variation in reactions to a transgression. Results showed that participants, especially males, with at least one copy of the Met (A) allele were associated with higher vengefulness in the Chinese sample, though this association was not seen in the German sample. The Met allele was also related to the tendency to avoid a transgressor in the Chinese male and female (n = 196) samples, with an especially pronounced effect in the female subgroup. This same effect was found in the German sample, again especially in females (n = 399).

Two main reactions to a transgressor, avoidance and revenge, at first seem like opposite behaviors, however, they are associated on a psychological level. As shown in the study above, there was a substantial correlation between the two phenotypes. It might be explained by the theory that the tendency to avoid a transgressor could reflect the tendency toward seeking to punish transgressors by ending a relationship (e.g., friendship) and thus incorporates a component of vengefulness (e.g., a typical item of Avoidance Motivation is “I cut off the relationship with him/her”). In this case, the association between the Met allele of the COMT Val158Met polymorphism and higher scores in Avoidance Motivation might be explained by higher experience of reward during punishment of the transgressor.

In terms of the relationship between the Met allele of the COMT Val158Met polymorphism and vengefulness, which could only be observed in the Chinese (male) sample, it would be of great interest to investigate possible confounding variables contributing to this apparent cultural (and gender) specificity. Read more about the study here: https://www.ncbi.nlm.nih.gov/pubmed/30127727

Are you interested in learning more about your genetic tendency to react to a transgressor with vengeance? You can login to your Genomelink dashboard to see this new genetic

Photo by Frida Bredesen on Unsplash