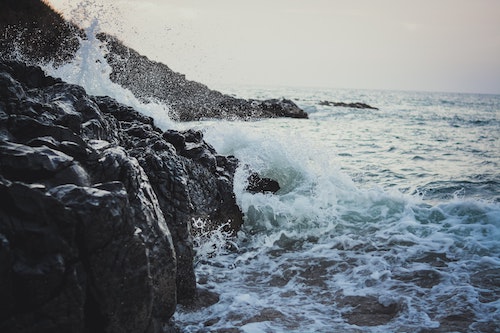 Could your DNA reveal your Violent Aggression? Upload raw DNA data to learn more about yourself and genomics science.
By
Genomelink team
‍

Your DNA reveal your Violent Aggression

Violence is not just something that happens on a TV show or movie, but a daily occurrence in the real world. Youth violence is a significant public health concern globally, as demonstrated by a World Health Organization (WHO) report showing nearly 20,000 juvenile murders approximately in 2000, 565 were adolescents who died as a result of interpersonal violence. Experiencing and committing violent acts can seriously affect both physical and mental well-being, and endangers social security and development. In fact, violence and aggression has been classified as the third most significant public hazard, after drug abuse and trafficking, and environmental pollution.

Violence is a result of the interaction of biological, psychological, and social environments, however, it has also been reported that physical attacks and persistent behavioral problems may be more related to genetics. How can genetics relate to violent behavior in humans? The hypothalamic–pituitary–adrenal (HPA) axis serves an important role in stress response, and it has been suggested that it’s related to the occurrence of violent attacks. A study by Kehne and Cain showed that when violently aggressive children and adolescents face stress, HPA axis function declines, and the gene receptor mutation leads to decreased HPA axis activity and reduced cortisol synthesis. This leads to an increased likelihood of engaging in aggressive behavior. The distribution of the corticotropin-releasing hormone receptor 1 (CRHR1) gene is dominant in the limbic system and pituitary gland, and it plays a key role in coordinating with the HPA axis in response to stress.

To better understand the at least one genetic component of violence, researchers conducted this study to explore the distribution of CRHR1 gene polymorphisms in male Chinese juvenile criminals and identified the relationship between CRHR1 polymorphisms and violent aggression traits. A total of 389 participants categorized into three groups; violent young male criminals, nonviolent young male criminals, and noncriminal male adults. Aggressive behaviors of these participants within 30 days were measured with the Modified Overt Aggression Scale (MOAS), which measures four types of aggressive behavior; verbal aggression, aggression against property, autoaggression, and physical aggression. By comparing the MOAS score to different CRHR1 polymorphisms, they were able to demonstrate that the frequency of the G allele of the rs242924 polymorphism was higher in the violent aggression group than that in the nonviolent adult controls. In addition, the A allele of rs 17689966 in CRHR1, another SNP studied in the study, was related to symptoms of conduct disorder in the violent group. Despite these findings, there was no discernible association between rs242924 and conduct disorder observed in this study.

This study has its limitations, including a small sample size of only males, varying severity of violence or aggression, and the causes of crimes committed. This study may only provide preliminary suggestions of this genetic relationship, however, these results provide a great basis for new research directions in future studies.

If you would like to learn more about these recent genetic findings, you can read the full publication here: https://www.ncbi.nlm.nih.gov/pubmed/31452059

Are you interested in learning more about your genetic tendency for violent behaviors? Login to your Genomelink dashboard now to see this new genetic trait.

Photo by Emilio Guzman on Unsplash